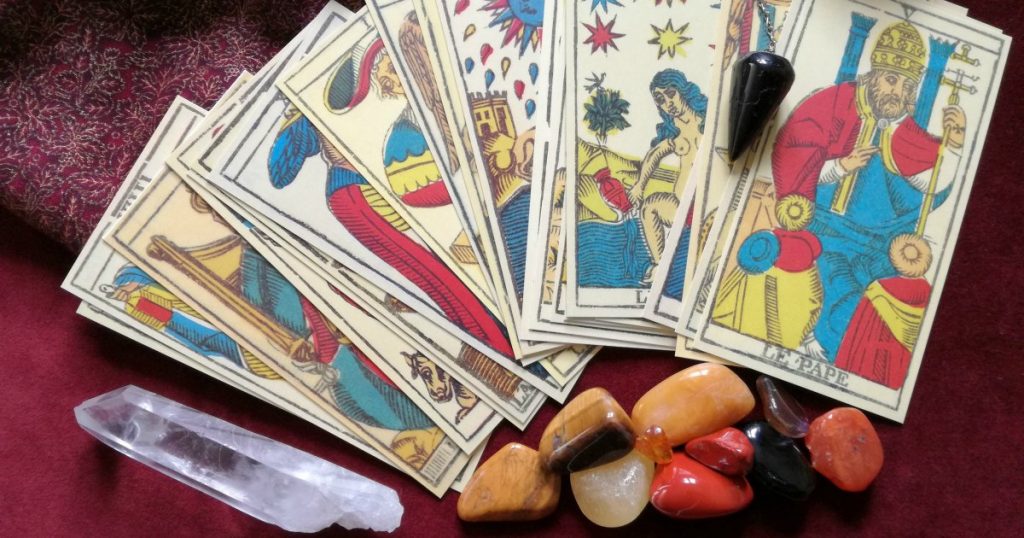 Anyone can easily learn how to read Tarot cards, but it does take time to master it. The length of your learning process may depend on the resources you use when learning how to read them, but there is an effective way to learn reading tarot cards, and that is by focusing on what you need to do.

Apart from the materials, you need to use, you also need to take note of the different things that may play an important role throughout the process.

Moreover, for you to read Tarot cards effectively, you should know your goal or purpose why you are doing it. A higher concentration of our mind is also required in the process.

There is a wide collection of Tarot decks available today. There’s no standard or required number cards of decks. While the cards’ types, their meanings, and the suits are the same, the pictures or illustrations may vary widely. Decks can be based on different themes including nature, dragons, fantasy, animals, etc.

The most common decks used is the Rider-Waite deck that was created in the year 1909 by a prominent member of an occult group. The artist of the Tarot cards was Pamela Smith. Normally, a Tarot card deck is composed of 78 cards and is considered as definitive.

However, according to a Tarot card site, there’s no definitive Tarot deck. The typical Tarot deck is composed of Major Arcana and Minor Arcana.

As compared to the traditional way of playing cards, Minor Arcana of a Tarot deck consists of 4 suits. Instead of spades, diamond, clubs, and hearts, the suits are wands, cups, circles or pentacles, and swords. Every suit has a meaning.

The cards that belong to these suits are numbered from one to ten. They also consist of court cards which are the queen, king, page, and knight. The Minor Arcana, as the name suggests, represents the practical and more minor daily highs and lows in one’s life.

The Major Arcana, unlike Minor Arcana, isn’t associated with the suits. Rather, they include the picture cards which represent concepts, ideals, and principles. They are numbered from 1 to 21. The 22nd card which is the “Fool” is marked as zero.

The cards in Major Arcana represent long-term, strong energy or huge events in the different areas of life.

Probably, the trickiest process of reading Tarot cards is memorizing or remembering each of their meanings. Memorization may be simple for some people, but for others, they find it difficult most particularly if they find it hard to record the details in their memories.

All cards in Major Arcana are numbered from zero to 21. It starts from the Fool and ends in the Universe or the World. The Major Arcana cards are said to be the easiest cards to remember and to read as their titles show their meanings. For instance, The Fool represents an individual who does not think before he/she decides or speaks because he/she is too confident of him/herself.

Nevertheless, if this is your first time to learn reading Tarot cards, always find a good book that will provide you a guide on the meanings of Tarot cards.

The Lovers, for example, can mean a choice which one has to make rather than to have an affair or another romance. When you are memorizing, always memorize the cards’ positive meanings before you start to learn the reversed meanings.