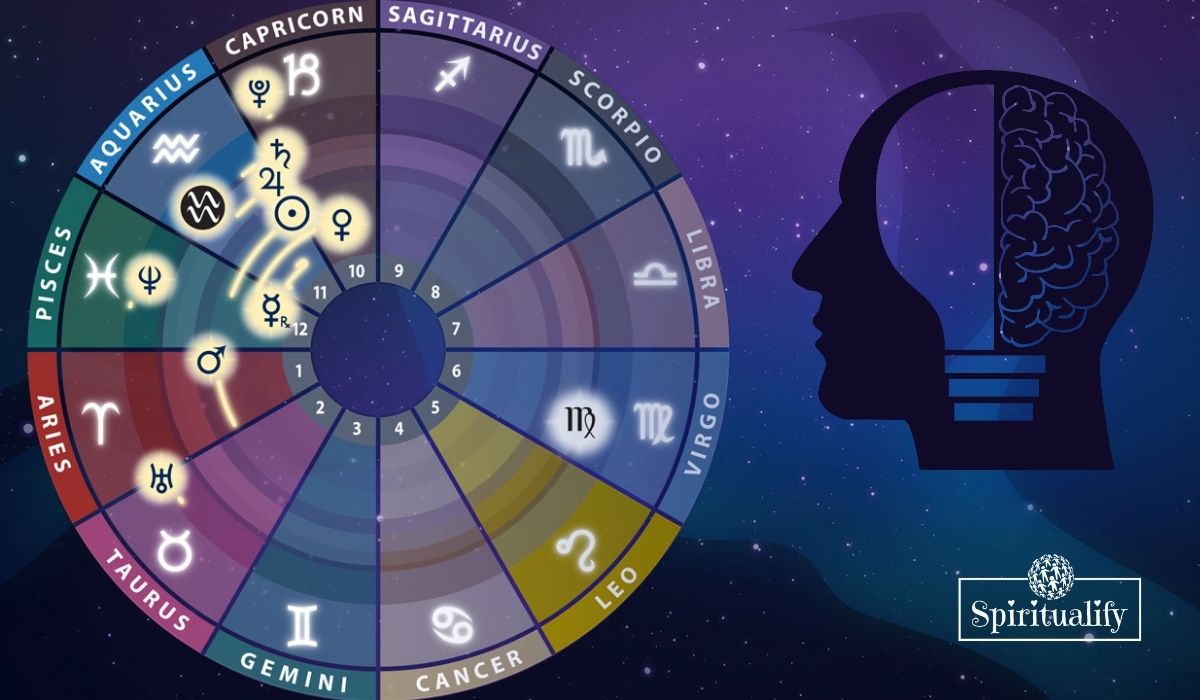 Each zodiac sign has a type of intelligence that characterizes it. In the astrological sphere, it must be understood that the elements and planets have a certain intelligence. When these factors are combined, it is what gives qualities regarding the personality in each of the zodiac signs.

Intelligence is among the most difficult values to measure but it has also been one of the things that have been the center of the debate over time. And although IQ was considered an irrefutable measure very recently, the truth is that solving abstract problems does not make you smart at all.

The most correct thing is to say that intelligence is the ability of a being to solve any kind of problems, in various fields that correspond to life. The latter is where things separate a bit, establishing the different kinds of intelligence. Each person or in our case, each zodiac sign specializes in one or even several. 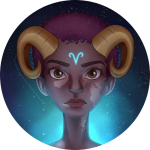 Self-confidence is what makes Aries’ intelligence stronger. Having Mars as its governing planet being a fire sign, the people of this sign have enormous confidence, which is projected to achieve their goals.

Aries is so confident that they are capable of achieving everything they set their mind to, thus causing the people around them to have the absolute confidence to follow them.

This places great value on them when it comes to forming a business. Another virtue regarding the intelligence of this sign is that it does not waste its time on nonsensical things. A quality like this allows Aries to have all the necessary strength when taking action. 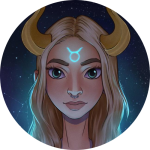 The type of intelligence that characterizes the sign of Taurus is shaping whatever they want. Because of this, Taurus knows perfectly what it wants, and will do everything possible to get it in the best way possible. Being fully aware of everything you need allows people belonging to this sign to take it easy and plan.

One of the things that also shows intelligence on the part of Taurus is negativity towards changing decisions or directions easily.

If Taurus has set a goal for themselves, nothing else will keep them from reaching it. They are often accused of being stubborn because of this, but it is a sign that will persist until their dreams come true. 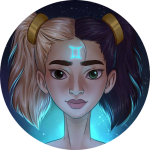 This is one of the most interesting zodiac signs. Its intelligence is communicational, of mental and verbal speed. This is why no other sign could match it in this characteristic.

Mercury, the planet that governs this sign, according to mythology, was a messenger God, merchant, and swindler. Being so, it was in charge of transmitting the messages from gods to people.

For this reason, the intelligence that Gemini possesses consists of its ability to connect different things, correctly understanding the similarities that exist, which is reflected in the image represented by twins. Another explanation would be that the type of intelligence in this sign has bridges that unite things, and that is essential to achieve happiness. 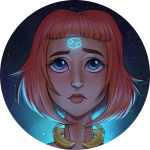 The element of water is what constitutes intelligence in Cancer, just like the Moon. This is because, Cancer has a great imagination, photographic memory, and an overflowing intuition.

Their type of intelligence is therefore emotional and gives them the ability to feel a lot of empathy towards others. Intelligence like this is essential for relationships to be happy and healthy at the same time.

Recommended: Important Lessons You Need to Learn, According to Your Zodiac Sign 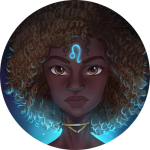 Seeking individuality is the intelligence of Leo, but in a way, they also possess intelligence with respect to their assessment of their own ego.

Leo reflects its intelligence when it wants to stand out, making them look more dramatic, creative and giving them a lot of expressiveness.

Such a peculiar brightness is due to the Sun being their governing star, making this sign always want to share the joy of life with others. Leo has unusual power when it comes to leading projects, but it’s all thanks to their charisma. 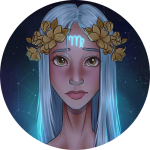 In the same way that it happens with Gemini, Virgo is governed by the planet Mercury. Even so, its element, which is earth, offers them an organizational and analytical capacity at the same time.

Virgo has an intelligence that is totally unique, compared to the rest of the zodiac signs, and that is due to order. Virgo is very good at planning and making sure their plans are executed later.

An intelligence like this, which is about placing everything where it belongs, offers Virgo the ability to be critical, and to have an enormous logical capacity, thus allowing that, when solving problems, to do so with a lot of reasoning. 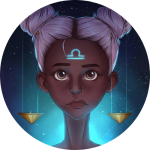 The term intelligence comes from the Latin language, where “Inter” means “between” and “Legere” means “to read” or also “to choose”. Following this definition, we find that the intelligence in the sign of Libra lies in knowing how to choose the knowledge that one has. It also refers to choosing the way to act in different situations.

The image of a scale is the representation of this sign, so it is interpreted that everything has to remain in complete balance. And that is where Libra’s own vision of the world is.

Also, this type of intelligence allows Libra to very well observe both sides that a coin has, and starting from there, it can compare different concepts. When these differences are measured, you get a fairness approach. That is why it is not strange that people belonging to this sign have righteous qualities. 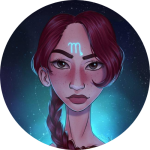 Scorpio has an intelligence quite similar to that of Libra. This refers to the fact that they have the ability to observe a matter from different angles, without having any prejudice.

It is a sign of great courage when it comes to thinking clearly. They are not afraid to plunge into the darkest part, both of themselves and of others. All this is with the objective of finding some hidden treasure.

They get pleasure from placing opposites on a scale, which also makes them fascinated by finding the differences and contradictions in things. In addition to this, they have a very interesting intuition, and this is granted by the water being its element. Therefore, the ability of the Scorpio sign to observe is what characterizes its intelligence.

Recommended: The Different Stages You Go Through Life, According to Your Zodiac Sign 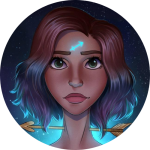 Fire is the element to which Sagittarius belongs, and its intelligence is based on this element. Along with this, there is the symbol that represents it, which is the image of an archer. The fact of shooting the arrow as high and far as possible is one of the features that also identify the intelligence of this sign.

Sagittarius at all times wants to go far, through philosophy or even religion, they will get to the truth. New knowledge is always their hobby, also implementing new ideas to constantly grow and develop.

Similarly, another of the things that identify the type of intelligence in this zodiac sign is joy. But added to that, there is love, curiosity, and the ambition to know things.

Faith in something that governs everything and experience, are the things that make up the intelligence of Capricorn.

You know exactly that by following specific paths you can get to the place you want, offering you the gifts of tenacity, persistence, and respect for authority.

Saturn is the planet that governs this zodiac sign, and it is the representation of old age. Therefore, this is one of the zodiac signs with an intelligence based on wisdom, due to all the knowledge accumulated over the years and the experience acquired.

The planet that governs this sign is Uranus, which in the astrological sphere represents what is original, disruptive and what is transpersonal.

Aquarius then has an intelligence that allows them to see everyone as if they were themselves. But at the same time, they are independent in their thoughts, giving them an inspiration that is very characteristic.

Although Aquarius has a great group conscience, they are not afraid of having to think alone. It is because of this that their thought is endowed with singular originality. 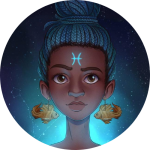 Pisces has an intelligence full of intuition thanks to the water element. Besides that, as it is governed by Neptune and the oceans, it is possible to say that it is also governed by artistic expressions.

It is well known that Pisces has a lot of empathy and sensitivity for emotions, being qualities that lead them to develop artistic skills such as music. Being intuitive also gives you the ability to know how to deal with others, without getting upset.

Recommended: How Well Do You Deal With Change, According to Your Zodiac Sign

If we group the signs a bit according to a specific type of intelligence, it is possible that several have the same intelligence. Some of these types are:

Both Aquarius, Cancer, and Aries have this intelligence since they are the signs capable of learning through images.

Again we have Aquarius in this group, but there are also Sagittarius and Gemini. The intelligence of the kinetic and physical type is found in those who express their abilities and how they are using the body. This means that they learn and think through the body.

An intelligence that requires sensitivity and the ability to answer profound questions regarding the existence of the human being. It is there where Pisces, Taurus, and Scorpio are specialists, and this is how they reach their maximum internal potential.

Capricorn, Virgo, Leo, and Taurus have intelligence that requires tendency and the ability to turn inward. They know themselves perfectly, they have a concrete idea of ​​what they are and what they can do.

Leo, Scorpio, and also Sagittarius, are in the group that possesses interpersonal intelligence. These zodiac signs know people easily and are very sociable. They observe the general behavior of people and all the necessary details, allowing them to understand others very well.

The signs that possess an intelligence like this are Cancer, Aries, and Libra. They love everything that has to do with nature, and they also adore their environment.

They are able to observe nature, no matter where they are. Their memory is very good at remembering places, they understand different situations and know how to deal with them.

Recommended: This Is Your Most Toxic Habit, According to Your Zodiac Sign
4.9/5 - (92 votes)

What Makes You Really Powerful, According to Your Zodiac Sign

How the Aquarius Season Will Affect You, According to Your Zodiac Sign