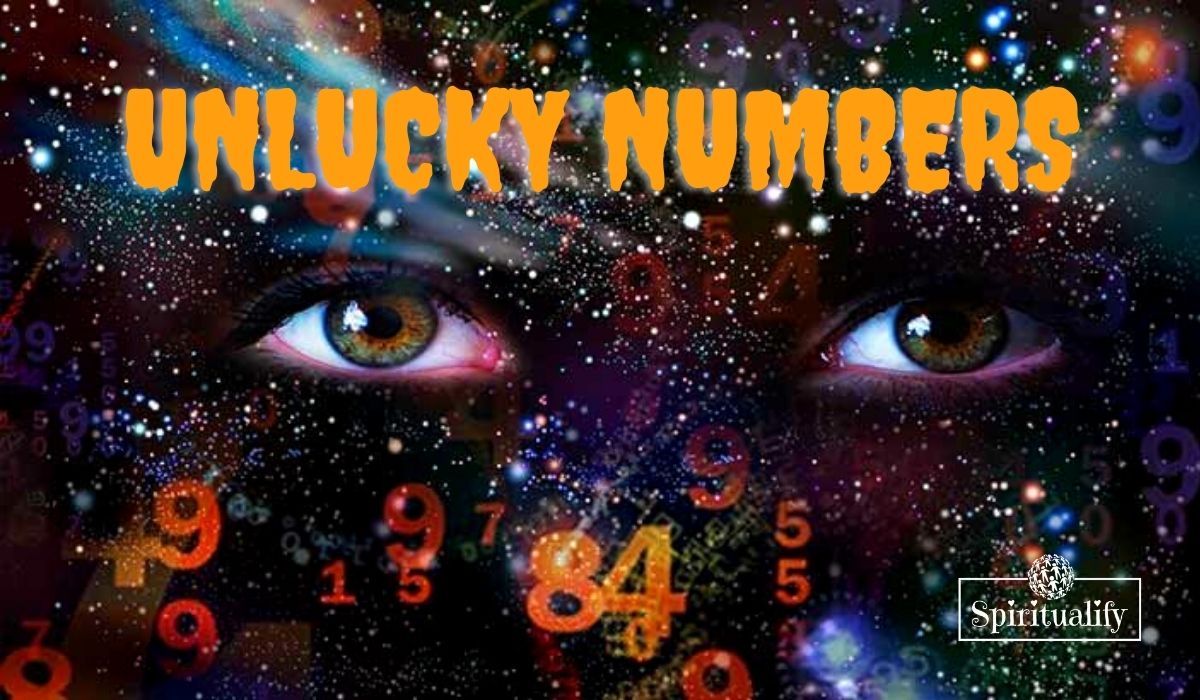 Numerology for those who don’t know is all about the power of numbers. All numbers mean different things and when you see certain numbers in your life, delving into what they mean to you can be very important. When it comes to numerology, there are good numbers and bad numbers.

The more numbers you see the more you should dive into them and if you see them often you shouldn’t overlook it. The unlucky numbers or the “bad” numbers as some like to say are not necessarily all bad, but they are scary because they mean things that can bring negative things into our lives. That being said, this is in itself about growth, and we must not forget that.

Most of the time, we see a lot of articles on positive numbers in numerology, but below we will break down the meanings of some of the ones that most have deemed to be ‘unlucky’, these numbers are confusing and frustrating, but they are not going to break you apart.

You can still get through the things that lie ahead if you work really hard enough to make the most of the energies in front of you. Have you seen any of these numbers in your everyday life?

Take look at the 11 unlucky numbers in numerology:

The number 4 is the one that holds us back in some ways. It is a very limited number and refuses to give free rein to creativity. When this number is present, it probably means that you are stuck in a rut and don’t want to get out of that rut.

This number isn’t the one that works well with others and overall depending on where you are in life, it can really hold you back.

The number 7 has good and bad sides that not everyone realizes. This number is secretive, withdrawn, and closed. It contains very toxic energy that causes us to create distance where we wouldn’t otherwise.

Of course, it can be positive in some ways, but its negative side is not something we should ignore.

This number is one that contains a bit of cynical energy. This number represents big changes and those changes can be quite frightening. It reminds us that we are in a time of transition and that it can be both good and bad depending on how you see it.

When you see this number, you might feel like you are about to fall and nobody wants to face this thing.

Recommended: This Is What Numerology has to Say about Your Name

The number 13 is often considered quite unlucky for many reasons. There are a lot of superstitions surrounding it that  I’m sure you are already aware of.

That being said, not everyone agrees on this point and this is where this number seems to be controversial.

The number 18 in terms of numerology is the one that tells us that you are going to have problems with forgiveness and have a lot of grudges. It means a serious transition and not a positive one.

You go through delays and things of that nature that break you down and the way you deal with them defines a lot.

This number is not necessarily one we see all the time, but in life, it could show how cold you have become. You are not able to see others as you should and it breaks down things that you cannot yet realize.

This number, while considered a bit unlucky, should also serve as a wake-up call for those who find it.

The number 39 is a number that should in some ways serve as a warning. It shows us that something bad is near or is going to happen, and maybe we should work to move forward while being aware.

That being said, you can drive yourself crazy trying to figure out what to expect.

Recommended: What Does Your House Number Mean According to Numerology?

The number 44 is one which, while amazing for healing, also breaks down the things that are dear to you.

This number, when we see it, could signify the end of something you really feel you need and that’s never easy to face. The way this one plays out makes all the difference.

This number may not seem like much and it may be a number that resembles tolerance, but that’s not all. It holds a lot within and really breaks things down in a way that many find it hard to understand properly.

This number could show you that the people around you are misusing you and your kindness and possibly also causing you to be suspicious of others to a level that you would not otherwise consider.

While the number 71 is a very introspective number and often holds deeply to our intuitive side, it is also a number that shows us that you are expecting a lot more than you should.

You are holding yourself back through this and there could be a lot of growth going overlooked because of this as a whole. I know it may not sound like much, but it can be a very dangerous mixture.

The number 81 is the last on this list and it is a number that is a mirror of the number 18. It is destructive in nature and can really shatter your own thoughts and how you feel as a person.

If you normally have a positive outlook, that number may be enough to change that for the worse. Personally, I think this is one of the worst numbers to come across, but it contains a deep lesson.

10 Attributes of the 144,000 Prophesized Lightworkers

5 Ways to Harness the Mighty Energy of October

The Spiritual Meaning of the Yin Yang Symbol! What Are its Powers?

The Earth Chakras, Here Are the 7 High Energy Potential Places