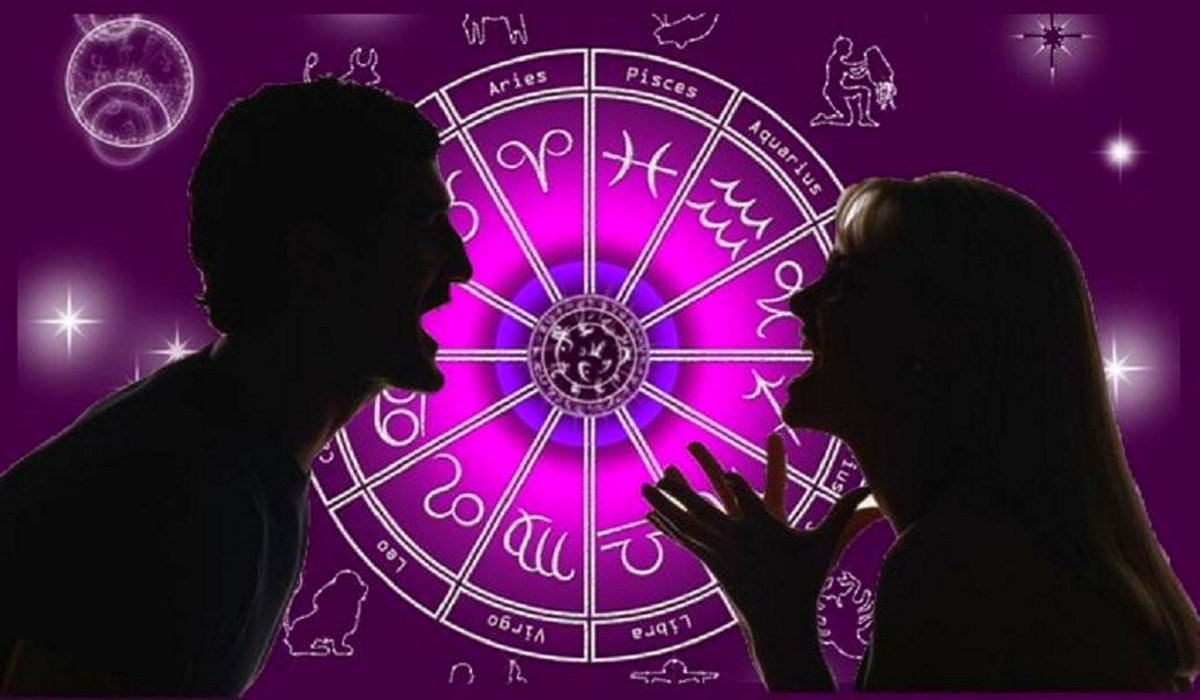 It’s a super emotional retrograde that occurs in tandem with the eclipse season and Venus retrograde, so our relationships are definitely at the forefront of our minds at the moment.

Mercury is the planet that governs our minds, our thoughts, and the way we communicate with each other. When retrograde Mercury is in Cancer, Perretti says, it can bring up old emotional patterns and unresolved resentment.

It is important for you to realize that your thoughts and those of your partner are really emotionally driven right now. You will feel super sensitive and more responsive than normal. Our words will come from a visceral feeling, not from well thought out logic.

All couples need to be more careful with the way they use their words, especially if they want to avoid getting into small arguments. But if you and your partner are one of the following three zodiac couples, you may have to work a little harder:

Mercury retrograde will be squaring their Aries and Libra placements, causing more tension, misunderstandings, and miscommunication in the coming weeks.

But that’s not all. Mars, the planet of action and aggression, will also enter Aries during this period, which can make the arguments between the two signs even more volatile.

It is important for Aries and Libra to be very careful about how they speak to each other, to avoid unnecessary conflicts.

Cancer couples can expect all kinds of communication problems in their households this summer. Cancers can expect to feel even more introspective and to rely on intuitive information rather than communicating it, causing fights between the crabs’ couple.

Cancers also tend to be defensive when they feel attacked or misunderstood, so one or both partners can retreat when an argument arises instead of having an honest conversation.

Cancer couples need to remember that feeling something doesn’t necessarily mean you are communicating it. It is essential that both partners put their emotions into words during this retrograde period of Mercury.

Capricorn and Pisces will be more focused on their partnership during retrograde Mercury and will think about what they really want their relationship to look like. Since retrograde Mercury is in a cardinal sign of water this summer, Comet says these two can expect a lot of emotionally volatile conversations.

Since these signs revise their priorities in terms of romance with Mercury retreating into Capricorn’s seventh house of other people and Pisces’ the fifth house of the romance, they can go wild before thinking about it thoroughly.

It is a good time for Capricorn and Pisces to check with each other to see if they are still on the same page about their relationship.

Recommended: How Cancer Season 2020 Will Affect Your Zodiac Sign

These 3 Zodiac Signs Will Have a Challenging April 2021

What You Should Have Learned in 2020, According to Your Zodiac Sign