As the Sun sets on Summer, the weather and the color of the leaves won’t be the only things changing. September 22 marks the Autumn equinox, the first day of Autumn, and an important event in the astrological calendar. During an equinox, the amount of daylight equals the amount of night, which only happens twice a year.

But keep in mind: reaping what you sow can be a positive or a negative experience, depending on the seeds that have been planted. Find out what the Autumn equinox has in store for your zodiac sign. This equinox has the potential to be a turning point. Will you take advantage of it?

The biggest influence on Aries during this equinox will be the retrograde of Mars. Mars, the warrior planet, governs Aries, which is part of the reason this sign is so ambitious, strong, and potentially combative. Terrones warns that this Autumn equinox will be a pivotal moment for all signs, but especially for Aries.

Aries’ governing planet is going in reverse for the first time in several years. On top of that, it remains retrograde in Aries, which is unusual. People born under this sign will benefit the most from the equinox, but they’ve also felt so much pressure this year. At the end of the day, they will have a choice whether or not to use this feeling of pressure to their advantage or to their detriment. 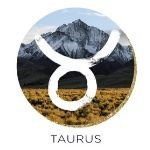 The Autumn equinox brings 2020 into the libra season. The calming and judicious qualities of Libra will allow this period to be a great moment of reflection, especially for Taurus. Taurus, in particular, has been through a lot.

Taurus can be mentally heavy around this equinox because of the way Mars affects them. It’s going to lift a lot of their subconscious stuff, and it’s not always easy. But with Virgo’s intense season finally coming to an end, Taurus should take this opportunity to breathe. 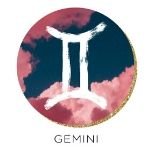 In the modern age of social distancing, gregarious Geminis need to think about how they navigate their relationships. It will be quite different for them, because it will teach them a lot about the kind of energy they place in certain people.

It will be a good lesson on where their energy should go in a social sense. Maybe now is a good time for Gemini to learn more about tact and who their friends really are. 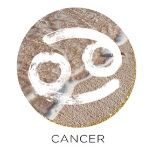 Cancer, one of the cardinal signs, is about to feel welcome relief on the 2020 Autumn Equinox. This Autumn equinox will be the final leg in the uphill battle that Cancer has been fighting against the energy opposite it in Capricorn.

There have been a lot of heavy planets in Capricorn affecting Cancer and causing them to do a lot of work. Cancers will be ready to put behind the pitfalls and obstacles of this year.

Recommended: Your Spiritual Message for September 2020, According to Your Zodiac Sign 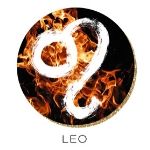 Leos, usually extroverted and flamboyant, may not find the Autumn equinox to their liking. As a sign of fire, their nature is generally opposed to introspection, and they are already restless by the limits of this year.

They don’t necessarily thrive in the kind of culture and quarantine we’re in right now. Their desire to express themselves and to be active will need to take a back seat for a while, and it won’t be so comfortable. 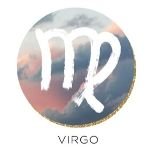 Before the Autumn equinox on September 22, there will be a New Moon in Virgo on September 17. It’s very, very good for all Virgos, in terms of setting intentions that are going to be lasting if they take action.

After having had a productive Virgo season, this transition to Libra will allow them to take a step back and enjoy all that they have achieved. The payoff will be formidable, both figuratively and literally.

Libra season will feel like a lot of rewards, and that’s because Libra governs their second house of finance and income. The only catch is that Virgo, always a busy bee and perfectionist, will have to figure out how to step back and simply enjoy it. 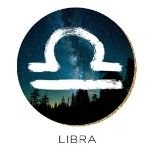 The Autumn equinox, is the start of the Libra season. As such, Libras know better than anyone how to approach this period of reflection. This is where they thrive.

The always passionate Scorpio will have to pump the brakes this equinox. If they don’t take the time to rest, it probably won’t be fruitful for them.

This is because Libra rules their 12th house, which is the house of the undoing and the subconscious mind. While this may be against their nature, it would really help Scorpios to relax a bit and work behind the scenes.

Recommended: The Autumn Equinox September 2020, is Bringing Major Changes in Our Life. 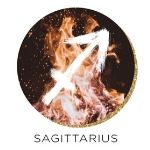 Just like Leo, Sagittarius prefers to go out and do, not sit and think. Sagittarius feeds on whatever they want and adventure.

They’re going to see their energy placed or dispersed in a way that won’t allow them, or they might not even want, to reflect. It may be beneficial for Sagittarius to take a more active approach to this, such as doing meditative yoga, writing in a daily journal, or even traveling solo. 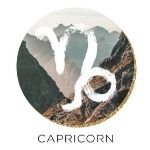 Capricorns will have a great bounty to reap, assuming they’ve spent Virgo season wisely. While there is a great reward for their persistence and determination, they will also need to remember that their actions affect others.

There was a lot of energy in Capricorn, which affected all of the cardinal signs in a different way. Around the Autumn equinox, part of self-reflection for Capricorns will be thinking about what they have done, or haven’t done, for the people around them. Do you want to say thank you to someone? 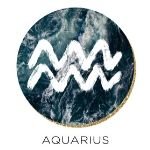 Libra and Aquarius are both air signs, so Aquarius will literally be in their element this Libra season. The Autumn equinox will kick off a period of inspiration for this zodiac sign.We’re entering a very strong Aquarian energy.

Saturn will return to Aquarius by the end of the year. We are entering a two-decade phase where the air element, will be a resounding theme in all of our lives. Aquarius will not only feel at home, but also empowered. 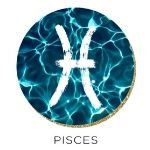 Pisces, a water sign, will be happy to step out of the earth-dominated Virgo season this Autumn. However, that doesn’t mean they came out of the woods. Pisces would rather dream or escape through art rather than engage in serious introspection.

Pisces being one of the signs most resistant to practical thought, they are going to be placed like a fish out of water. It will be important to try to settle down and make sure that practical matters, such as finances, are taken care of before you kick up your feet and relax.

Recommended: How The New Moon in Virgo on September 17, Will Affect Your Zodiac Sign

Your Spiritual Message for Your Zodiac Sign! Friday, November 18 2022