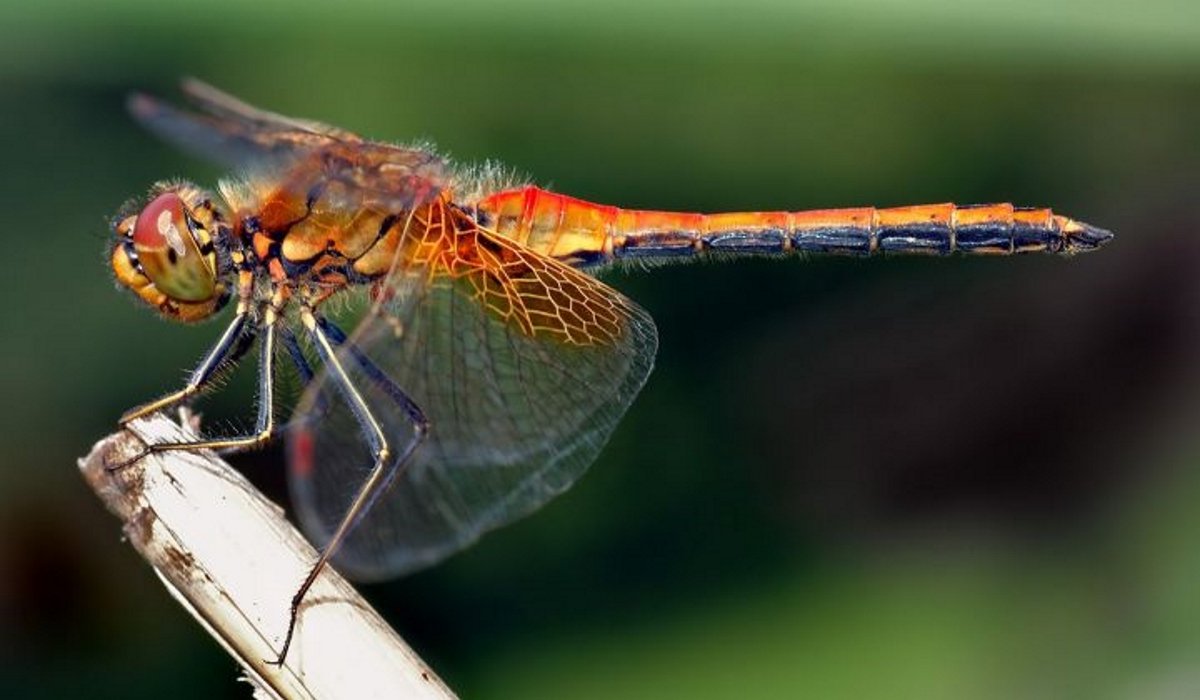 It brings with it the wisdom of transformation and adaptability in life, important elements in the frenetic and frantic rhythms of our days.

Those who have this animal as a “totem”, as a lucky charm, may be inclined to dig deep into their emotions and find, or rediscover, the inspiration that can make them shine with their true colors.

The specificity of the dragonfly, therefore, what really makes it inspiring, is its willingness to produce change, to wipe away incrustations and heavy air and, consequently, to introduce freshness and new energy.

These are some of the benefits associated with the symbol of the dragonfly.

As a symbol of the realm of emotions, it invites us to immerse ourselves more deeply in our feelings, taking advantage also of the beneficial influences that nature, and its forces, bring to every person.

Read Also: What Does It Mean To See One Of These Winged Messengers?

When this spiritual animal presents itself in life, it is an indication that it is time to change.

Just as the dragonfly changes colors as it matures, each person could be called to live and experience herself differently.

The dragonfly is characterized by fantastic flight patterns such as when it appears to be able to change direction rapidly, slipping through the air without apparent effort.

The suggestion that brings with it, is to be flexible, adaptable in different situations.

As a spiritual animal, the dragonfly invites people to maintain a light and positive vision, no matter what.

To develop the ability to take things with greater positivity even in the darkest moments.

The dragonfly is often seen around the water, at the edge of a river or a lake.

It symbolizes affinity with the realm of feelings, being water a powerful symbol for emotions and the unconscious.

And thanks to its characteristics being able to slip, not to be harnessed or entangled.

The dragonfly is a fascinating animal characterized by the beauty of its colors, the lightness of its wings and its shimmering body.

The meaning of this powerful animal is associated with the symbolism of light, but also with illusion.

When a dragonfly presents itself in our life, it is perhaps time to look through the lenses that can clear up the illusion.

A situation or someone’s intentions are not clear and can be deceptive, just as a seemingly negative situation can conceal some opportunities.

Read Also: Have You Seen Any of These 14 Animals? They may Have an Important Message for You!

In various parts of the world, this animal is observed with great care.

Japan has made the dragonfly its national emblem. It is a symbol of joy and rebirth.

In some Native American traditions, it is the symbol of dead souls.

For the Maya, the dragonfly is the emblematic animal of the goddess of creativity, Ix Chel. It is said that the dragonfly’s wings could revive it!

Pay attention then, when you happen to see one: it comes to bring light, comfort and positive changes in your life!

6 Characteristics Of The Earth Angels, Number 3 Is The Most Obvious