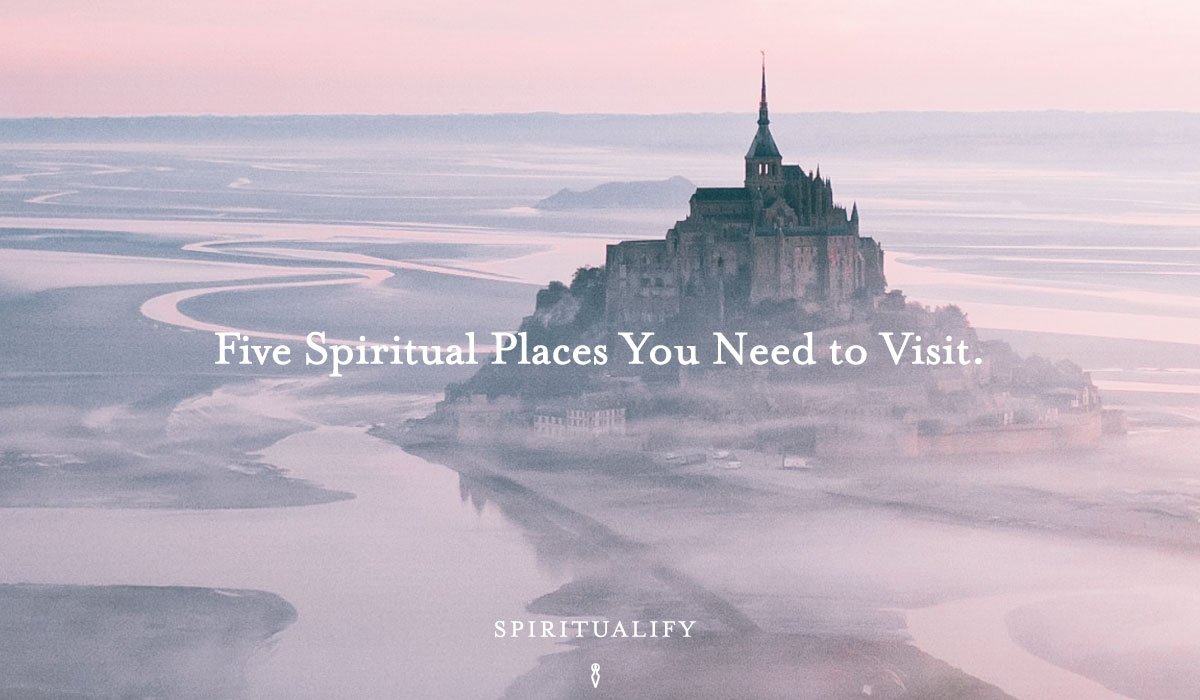 Some places in the world attract travellers with their beauty, but others have an added attraction: they are said to be sacred or are surrounded by stories that have been passed down from generation to generation.

Whole mythologies have been based on particular mountains. Some lakes have spawned entire civilisations and rivers that are believed to be the very essence of life. 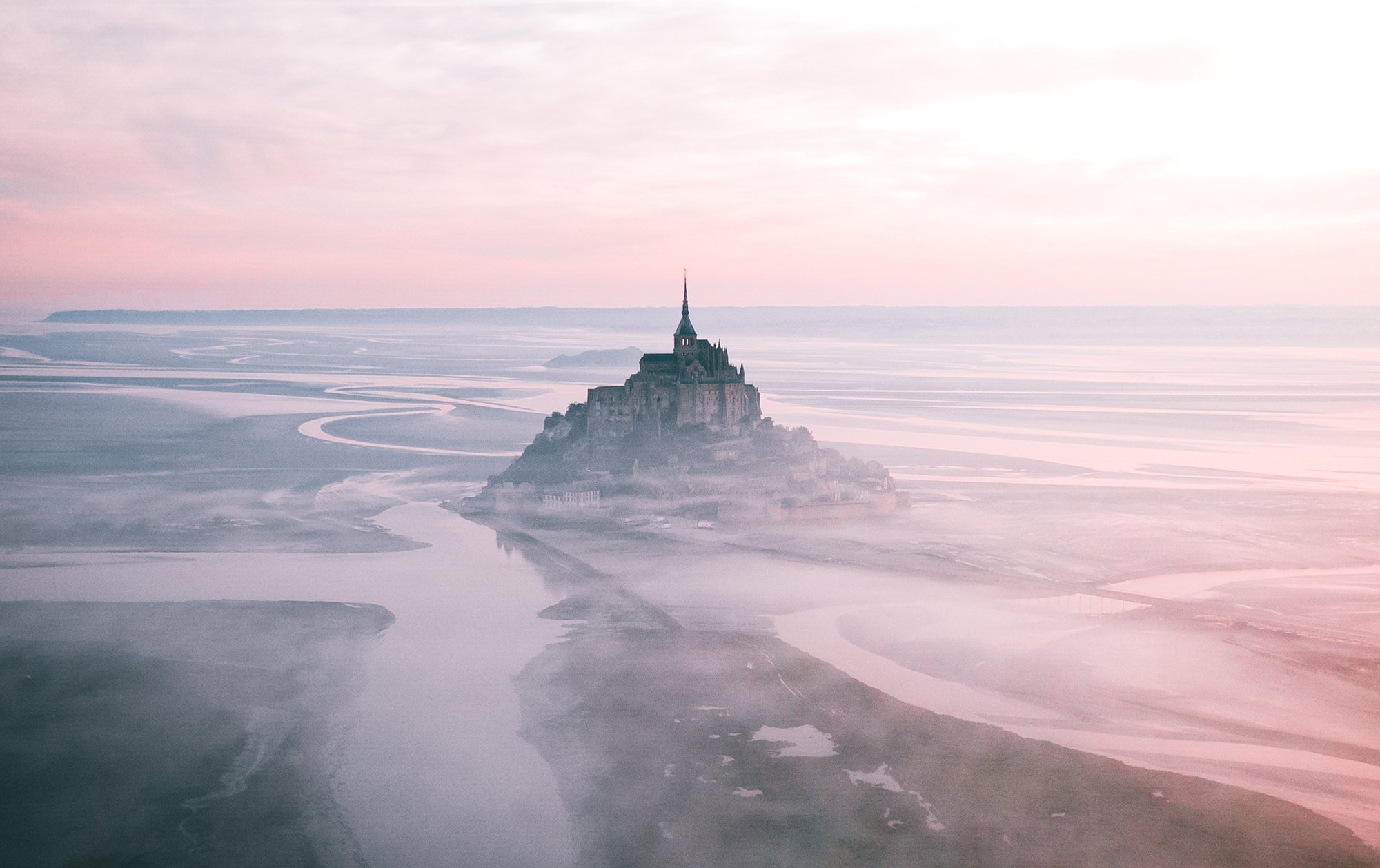 Mont St-Michel is located just off the coast of Normandy at the mouth of the River Couesnon. Once known as Tomb Mountain, this extraordinary piece of rock was initially sacred to the Celts, who believed it was a portal between the earth and the afterlife.

The story goes that in AD 708, a bishop, Aubert, had a vision that Archangel Michael asked him to build a sanctuary on Mont-Tombe. A magnificent Romanesque monastery takes shape, and the island is considered a representation of the earthly paradise. Pilgrims came by the thousands to ask Saint Michael, the Archangel of Judgment, for the certainty of eternity.

If you visit today, you will discover the tremendous vaulted Gothic church, the monks’ quarters, a labyrinth of rooms, cellars and corridors. From the top, there are mesmerising views over the bay, home to some of the highest tides in the world. 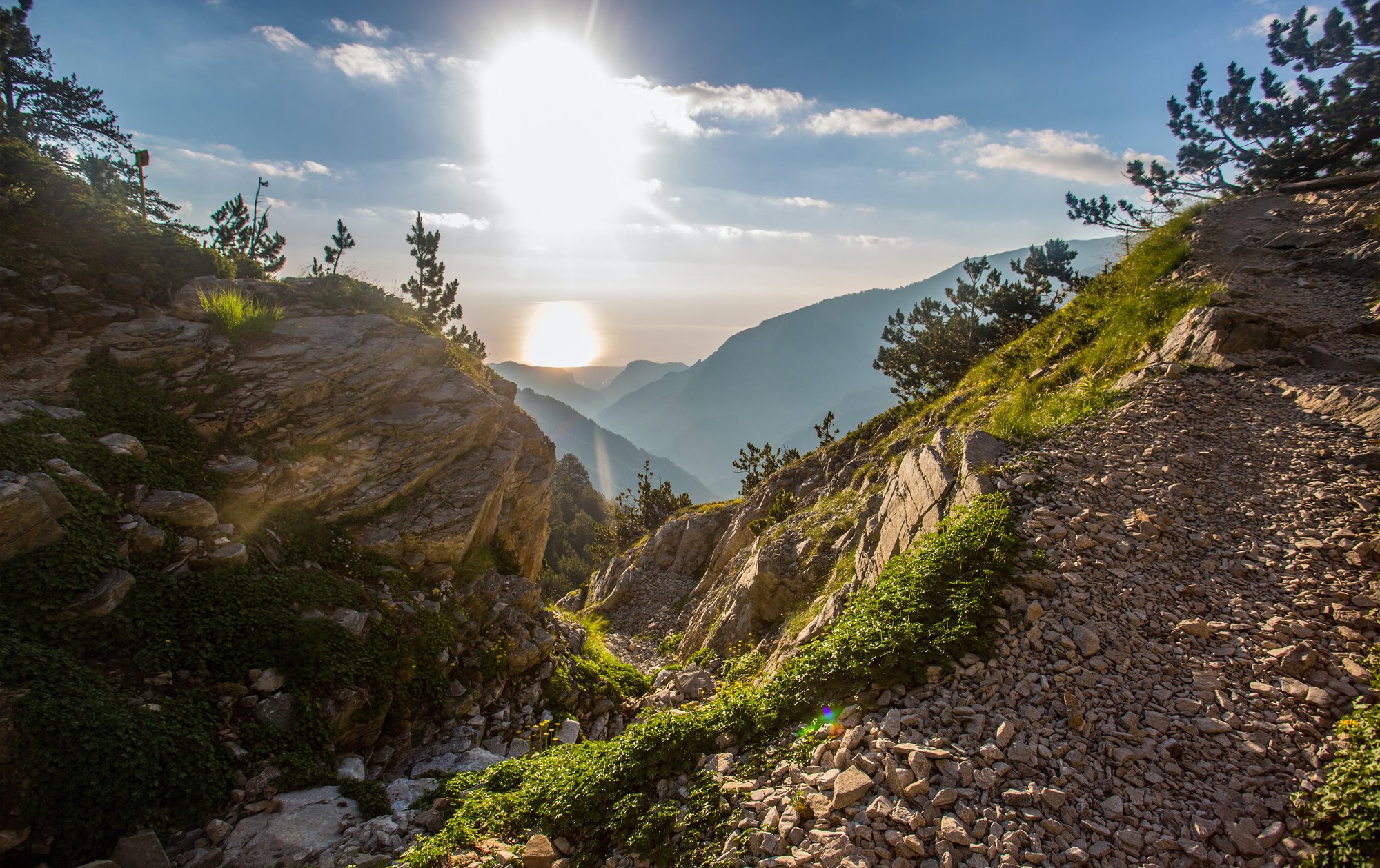 Rising 2,917 meters (9,570 feet) from the waters of the Thermaic Gulf, Mount Olympus is the highest point in Greece. It is also the most legendary mountain, at the heart of the divine stories of the ancient Greeks. The story begins millennia after the Clash of the Titans, an epic battle for the privilege of ruling the universe. When Zeus and the Olympians win, they choose Mount Olympus as their headquarters.

Over the centuries, the mountain’s rugged sides have provided a haven for that fleeing persecution, society, conflict, and law. Nowadays, it is primarily hikers who explore. You can stroll through Dion, a sacred city dating back to the 5th century BC, located at the foot of Mount Olympus and home to a large temple of Zeus. Or tackle the moderately strenuous summit circuit, which can be done in two or three days from the town of Litohoro. 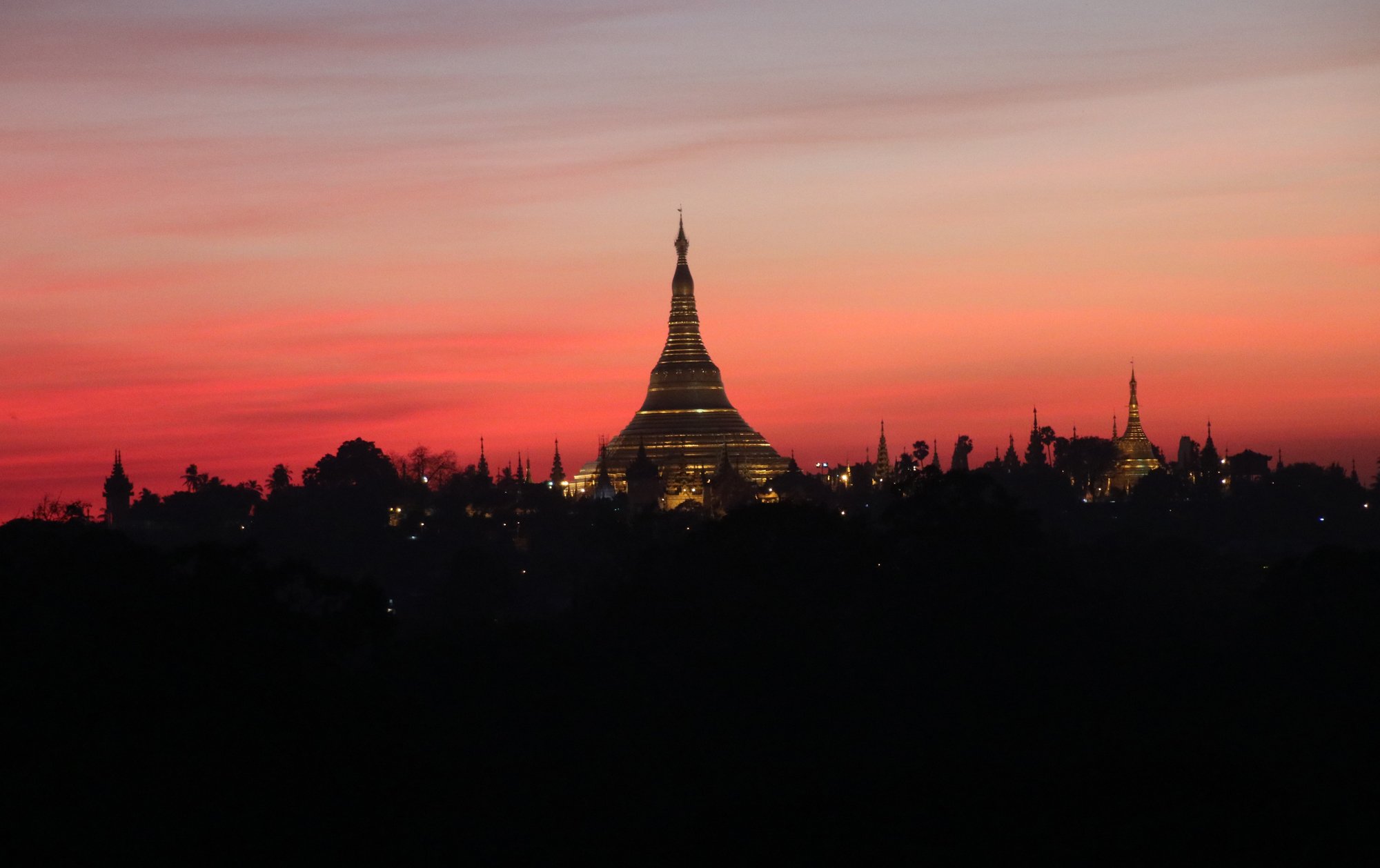 Buried beneath this most sacred and dazzling pagoda is a coffin said to contain eight hairs from the head of Siddhartha Gautama, the Buddha himself. According to legend, the pagoda complex is around 2,500 years old. It is said that two merchant brothers met the newly enlightened Siddhartha, who gave them eight of his hairs. The brothers returned to Myanmar to guard the sacred strands of Singuttara Hill, which already houses the relics of three previous Buddhas.

Another story says that Queen Shinsawbu donated her weight in gold, which was made into a sheet and painted on the stupa. People continue to donate gold to the temple – there are specific donation boxes for the leaf, which is reapplied every year.

The complex that exists today is the result of a reconstruction in the 18th century following an earthquake. In the centre is Shwedagon, a 98-meter-tall bell-shaped monument with an ornamental parasol encrusted with 5,448 diamonds, 2,317 other precious stones, 1,065 gold bells and a 76-carat diamond. Be sure to walk around the zedi in a clockwise, direction as Buddhist tradition dictates. 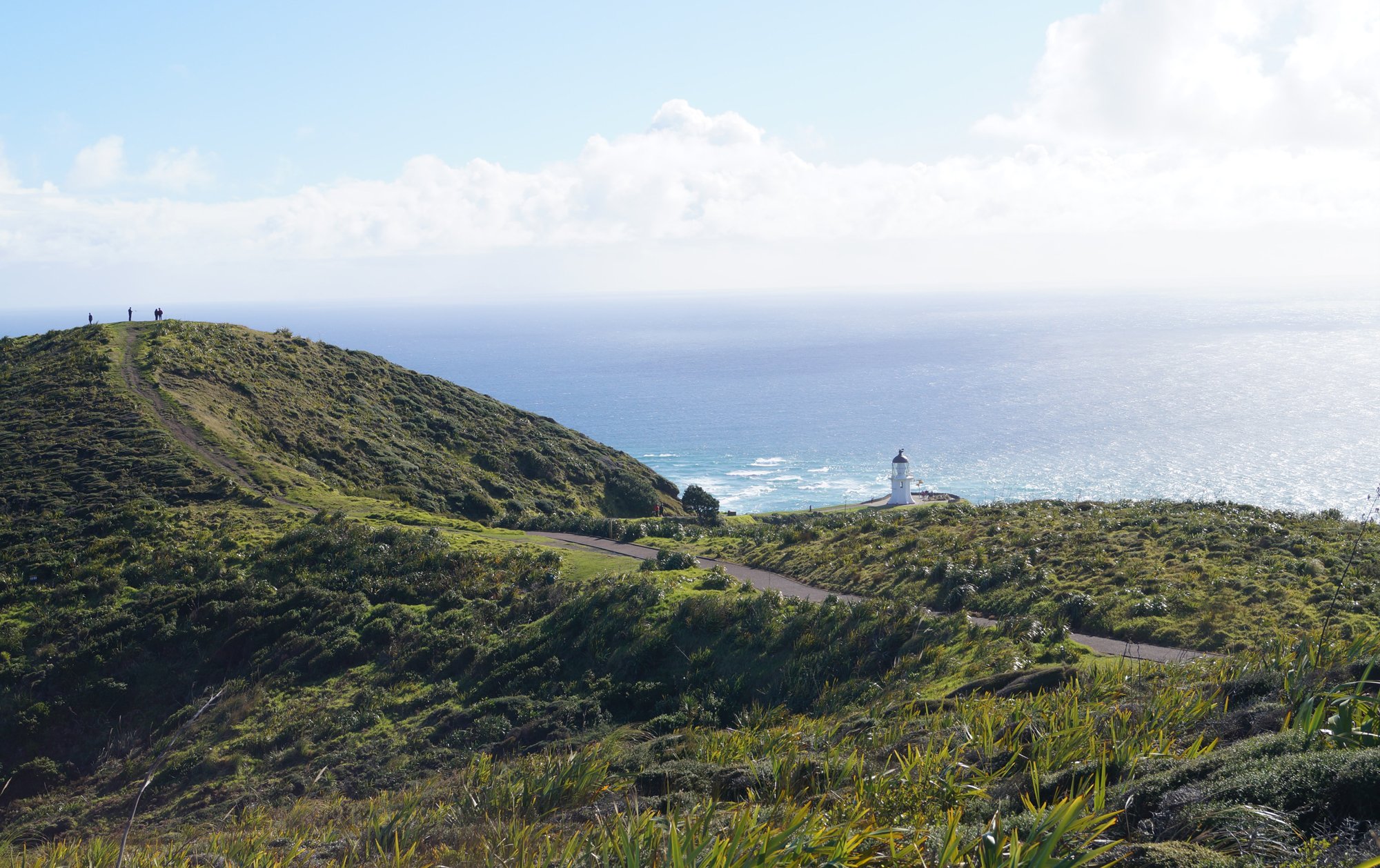 The Tasman Sea and the Pacific Ocean collide is Cape Reinga – or Te Rerenga Wairua – which the Maori consider the gateway to the underworld. A lighthouse perched on the rocks warns of the betrayal of the shore: many ships have failed.

Maori legend says that the spirit travels to the far north of New Zealand after death, eventually ending up in Cape Reinga. It then glides along the root of the shrunken pohutukawa tree, believed to be 800 years old and travels underwater under the mighty current at the collision of the oceans.

Its role in the life-death cycle makes Cape Reinga the most spiritually significant site for New Zealand’s Maori, a place of connection with all who preceded them. There is a lot to explore here, with trails of varying lengths winding their way along the coast, as well as spectacular beaches and scattered evidence of human settlements dating back centuries. On days when the fog falls, and the cloud is low, some Maori elders claim to be able to hear a strange high-pitched chant – the sound of passing spirits. 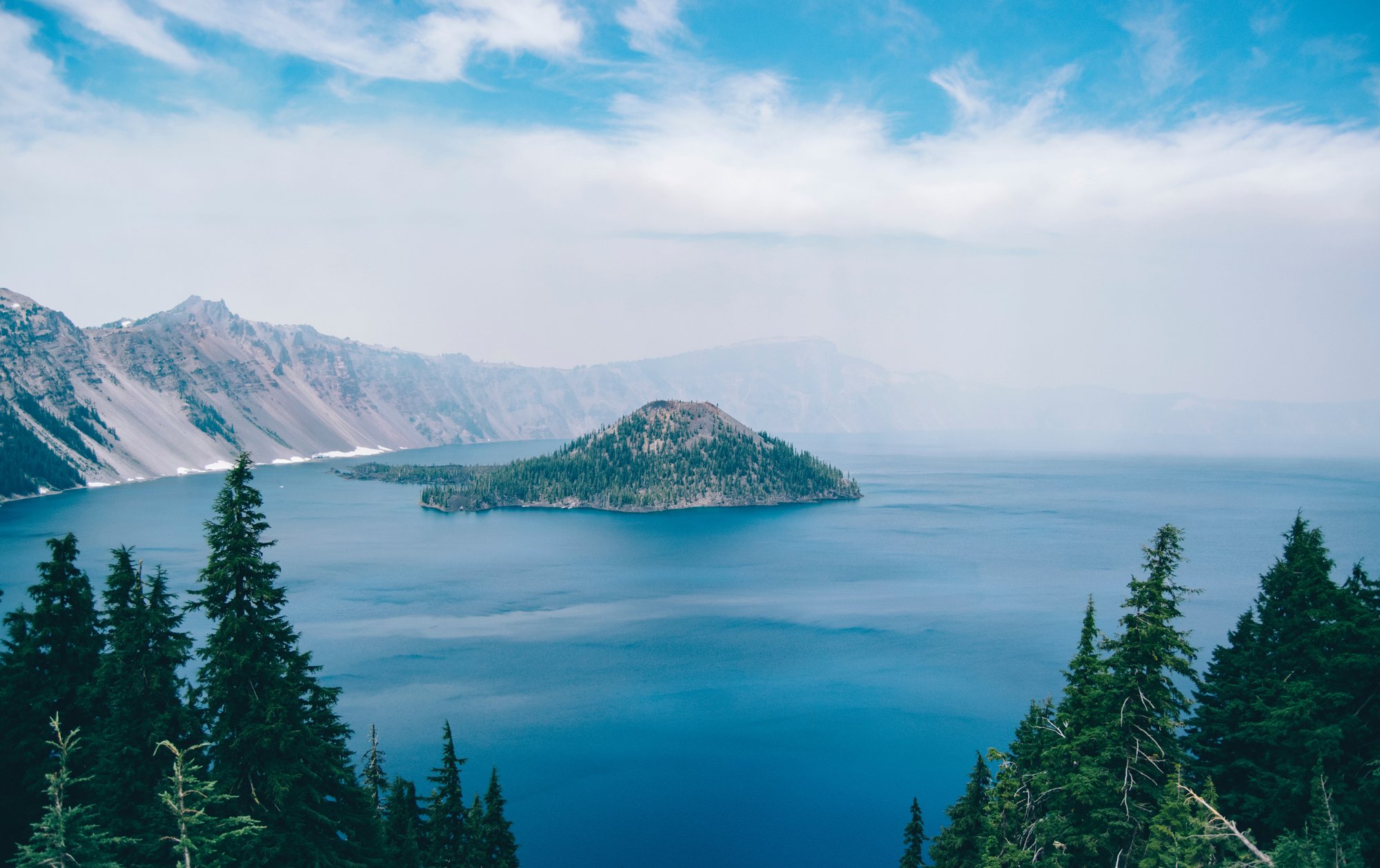 About 7,700 years ago, Mount Mazama erupted and collapsed on itself. The resulting hole filled with rain and snow to a depth of almost 600 meters, creating Crater Lake – or so scientific history says.

The North American Klamath people, whose ancestors lived in the Cascade Mountains of Oregon, tell a different story. It is said that Llao, ruler of the lower world and spirit of the mountain, ascended from his home and stood on the top of Mount Mazama. When the daughter of a local chieftain rejected him, he flew into a rage and soared through the mountain, unleashing fire and fury. A battle has erupted with Skell, sky spirit and ruler of the upper world, shaking the earth. All that remained was a large hole filled with rain and became an important site for traditional spiritual rites. Klamath’s men raced along the steep wall of the caldera to the lake; those who could reach the shore without falling were believed to possess superior spiritual powers.

It’s the deepest lake in the United States, one of the deepest in the world, and one of the clearest: there are no inlets or outlets, so no sediment stains the blue. The steep trail from Cleetwood Cove is the only way to reach the shores of this flooded caldera, and if you fancy a swim, beware – Crater Lake is quite cold.

Check out the destinations here.

How to Create Spiritual Protection in Your Life

8 Signs that Show You Are Cosmically Aligned With the Universe

6 Types of Deep Connections We Will Encounter in Our Lifetime