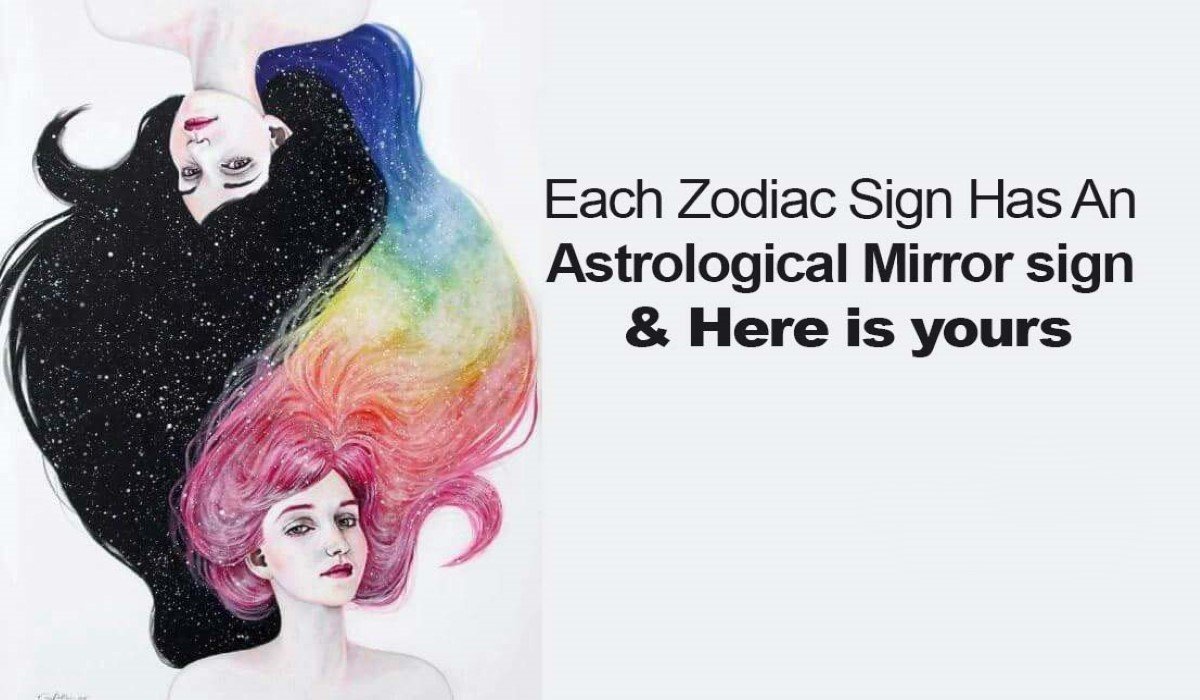 What is an astrological mirror?

For example, when two signs are in opposition, they are directly opposite one another, creating a push-pull effect. The zodiac wheel has 360 degrees and the opposite polar sign opposes the other at 180 degrees. Does that make sense? Now I know that these two signs are very much like enemies, but the truth is that they each bring what the other lacks.

For example, yin is considered feminine, which is also equivalent to earth and water (i.e. Taurus, Cancer, Virgo, Scorpio, Capricorn, Pisces) when it refers to the astrological elements. Yang, on the other hand, is masculine and is equivalent to the elements of fire and air. (i.e. Aries, Gemini, Leo, Libra, Sagittarius, Aquarius)

That being said, here is an overview of your astrological mirror, according to your zodiac sign:

Aries is ruled by Mars and Libra is ruled by Venus. This in itself makes each of these signs 100% different. However, Aries and Libra are cardinal signs, which makes them much more similar than you might think.

For starters, both are leaders. Aries is a fighter, but takes the lead in a more physical (fire) way, while Libra prefers the freedom of thought, (aerial) while fighting for justice

Aries prefers confrontation, while Libra likes to keep the peace. Ultimately, Libra can benefit from the passion of Aries, and Aries can learn from Libra’s tact.

Taurus and Scorpio are both incredibly sensual and possessive. However, the sensuality of Scorpio is highly spiritual and more intense, while Taurus prefers to embrace its five senses, in a more practical and physical way.

Scorpio hides and the Taurus says it as it is. Scorpio stings when threatened while Taurus simply communicates. Scorpio can really benefit from the serenity and the anchored nature of Taurus.

During this time, Taurus can learn to adapt thanks to the regenerating personality of Scorpio.

Recommended: Your Super Secret Personality Trait, According to Your Zodiac Sign.

I’m really going to try not to talk about Taylor Swift and Kanye West. (I’m really trying.) Sagittarius and Gemini both want the same thing: the truth.

Sagittarius searches for knowledge and truth in a physical way (fire), while Gemini gathers and communicates information in a more logical way (aerial). Sagittarius looks at the box of sand and Gemini looks at the grains of sand. In other words, both can learn from each other’s philosophy and global perspective.

Sagittarius reminds Gemini not to worry about the details and to see the big picture, while Gemini teaches Sagittarius how to communicate and keep a card in his sleeve. There is a fine line between love and hate. That’s all I’ll say.

Cancer is the mother of the zodiac and Capricorn is the father. Cancer is felt and Capricorn realizes it. These two cardinal signs nourish, but in a completely different way.

Cancer nurtures emotionally (water) while Capricorn nurtures more realistically (earth). Cancer wants to spend time at home and with the family, unlike Capricorn, which is more concerned with being successful and making a living.

Despite their polarity, these two signs have a lot to learn from each other. Capricorn can really anchor Cancer, especially when emotions take over. Cancer, on the other hand, can show Capricorn the beauty of the home and comfort. Although in the end, these two signs mean the same thing: security.

It’s simple: these two fixed signs are leaders who want to make a difference. Leo performs on stage, while Aquarius directs the production.

Leo is a one-man show, and Aquarius stands by the people. Leo expresses his individuality in a physical way (fire), while Aquarius takes the lead in a social way (aerial).

These two can really help each other and learn from each other’s passions. Leo teaches Aquarius love and affection, while Aquarius shows Leo the beauty of intellectual stimulation.

Recommended: What You Can’t Admit To Yourself, According to Your Zodiac Sign.

These two are fascinated by each other, and I’ll explain why: for starters, the two are mutable signs, which makes them very complex and changeable.

Pisces dream and connect spiritually (water) with the universe day by day, while Virgo aspires to serve (earth) and heal the world every day.

These two signs want the same thing, and it must be at the service of others. Except for that Pisces dream while Virgo manifests. Something else they have in common is that they are both selfless and compassionate.

These Three Zodiac Signs Will Be Lucky in Love This Week.

These are the 3 Zodiac Signs that Never Give Up