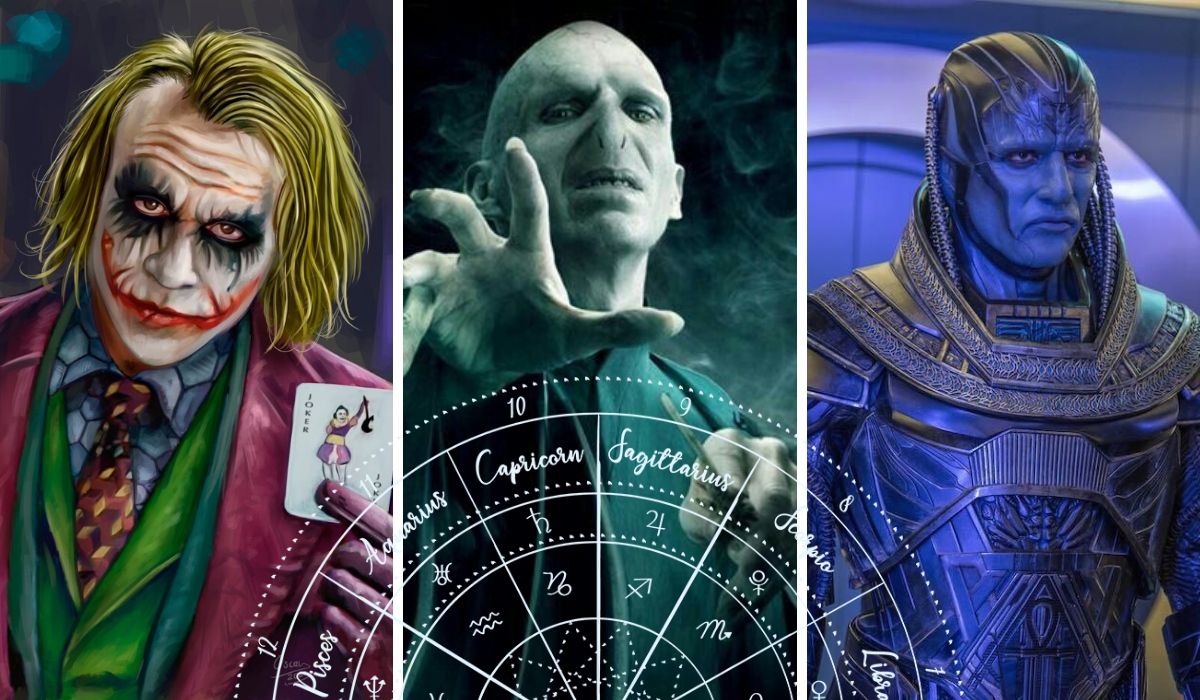 Mirror, mirror on the wall, who is the vilest of all of us? Have you ever wondered what it would be like if the dormant Beelzebub, tucked deep inside us, one day come to chat a little? Let’s face it, there is a dark side in each of us and most of us would opportunely take our shadowy halves to the grave than let the world have an inkling of them.

So much so that even when we read about our zodiac signs, we prefer to focus on the positives lest some honesty seeps in about who we really are! Zodiacs generally give us a fair idea of our personality traits based on our months of birth, for example, we know that most signs of water are emotional, signs of air are intellectuals, signs of the earth are practical while the signs of fire are the ones that give off the most passion.

However, each sign also has a latent shady edge, an ability to be a real piece of work. But again, what would life be without a little nastiness? We need our Lady Macbeths, our Saurons, and our various fictional pirates to add much-needed charisma because good without evil is not good at all!

Also, let’s not forget, there is always something deliciously tempting about maleficence the more forbidden the province, the greater is the need for an encounter. Now, if you’re ready to greet your alter ego, read on to find out which epic villain you could be, according to your zodiac. 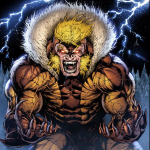 Born as Victor Creed, Sabretooth is a mutant with bestial superhuman qualities, a regenerative healing factor, fangs, and sharp claws like razors, helped by superhuman senses.

He is known to have been a victim of the Weapon X Cold War super-soldier program and turned out to be a vicious assassin, responsible for many deaths both as a paid mercenary and for his personal pleasure.

People born under the Aries zodiac sign tend to imbibe the attributes of SabreTooth, thriving only on challenges and confrontations. The fiery and cardinal forces that govern Aries make him a very aggressive and unbalanced individual.

The aggressive Aries goes crazy for things it can’t change or control and unleashes its fury on the one closest, a bit like SabreTooth. A hothead killer, they are completely lacking in compassion and are difficult to tame. 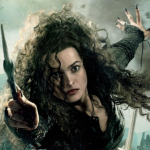 She worships the Dark Lord and gets gratification for the anguish of the innocent. But like a real Taurus, she is also charming in her brutality, personifying a permutation of power, emancipation, and thirst without embarrassment for life and death.

She consciously understands right from wrong, but willingly ignores it for fun! Taurus, like Bella, is stubborn, hedonistic, and almost always the most uncompromising bullies. They are sadists, who can kill for pleasure. Supremely in cold blood, they almost never reveal their true intentions, reveling in sweet-talking their prey into the path of destruction. 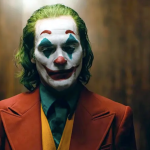 Gemini’s unrest and uncertainty are best summed up by the Joker. His methods are unpredictable and incalculable and he does things according to his own sense of twisted logic. He is a psychotic anarchist mastermind, who likes to present himself as the king of chaos. He draws a fine line between heroism and vigilantism: his psychopathic and massacring antics.

Often described as the “schizophrenic clown without any empathy”, he is however extremely effective in mental and strategic planning.

With the help of his horrible Glasgow smile, he adds a sick comedy to all of his crimes and misdeeds, something that most Gemini people adore. The sign of the twin, the dualities of Gemini are what makes them the most ambiguous killers. 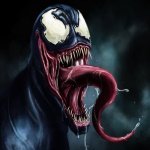 Cancers are the deadliest signs of the zodiac. Their mental instability makes them repeat offenders a bit like The Venom in Spider-Man. The venom is an identity acquired from the alien Symbiote in the comic series.

This symbiote was the 998th generation of the feral Klyntar, a parasitic organism similar to mud from space. The Klyntars were then imprisoned by their own kind for displaying unusual dreams in order to protect their hosts instead of dominating them as tools.

The sign of Venom is Cancer, which more or less explains why they are almost impossible to break. They oscillate dangerously between the ebbs and flows and easily catch the unsuspecting in their claws. Passionate crimes are frequent for Cancer. If the sickening crab starts to like killing, it’s likely to strike again!

Recommended: 5 Zodiac Signs You Don’t Want to Mess With 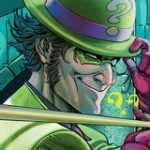 For this proud ego-maniac sign, flamboyant murders and military coups are a specialty, they thrive in the spotlight of infamy. Remember The Riddler from the Batman series? The very thing!

Known for his purple domino mask and green question mark costume, either as a set of cats hugging the green body or a green costume with a bowler hat and cane-shaped like a single question mark, Edward Nigma aka The Riddler takes pleasure in incorporating enigmas and puzzles into its intrigue and leaves the

m as clues for the authorities to solve.

With his conscious use of gadgets, he makes his crimes ornate and ostentatious, fueling his pride primarily as a Leo. He likes to be the center of attention and his misdeeds all aim singularly to achieve this. 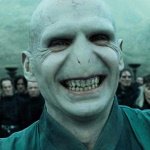 Tom Marvolo Riddle, otherwise known as Lord Voldemort, must be the most impressive villain of all time. He is by far the embodiment of all evil not only in the Potter universe but in the history of fantasy literature.

Ridiculously stubborn and vengeful, like most Virgos, he represents all essentially basic and human faults. His need to control others makes him disturbingly obsessive over trivial details and fuels his sole purpose of creating discord in the world.

Ruled by Virgo, his penchant for destruction can mainly be attributed to his sun sign. His self-hatred can also be attributed to the fact that he was once disarmingly beautiful, competent, and charming. Voldemort is motivated by immortality, superiority, and above all racial cleansing, which also makes him a unique anti-hero. 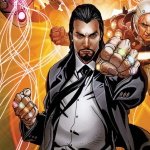 Born in China before the communist revolution, The Mandarin is a genius scientist and a superhuman martial artist.

He was born to a wealthy Chinese father and an English aristocratic mother, both of whom died when he was very young, and in the hope to find ways to take revenge, in the predictable manner of Libra, on the civilization that taxed him and made him homeless, he became who he is.

Having strong characteristics of a Libra, he is often classified as a megalomaniac, trying to conquer the world several times while also having a strong sense of honor. At times he is a great modern antagonist, but at others, he is a despicable worshiper at the altar of his own narcissism. 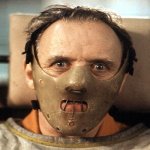 The worst types of genius are the bad guys, and Hannibal Lecter definitely qualifies for first place. He is the archetype of the Scorpio with a brilliant and methodical mind, though often paranoid.

Possessing a great imagination, this super-villain of Scorpio plots the most elaborate and horrible crimes. And of course, in addition to everything else, there is also the fact that Lecter is a cannibal.

The man solves complex prison murders while making time for the crazy murders he has already committed. Often villains are sufficiently fictional and audiences tend to suspend their disbelief in order to deal with the horror, but it’s not Lecter. With Hannibal, people can feel that it is a little too real for comfort, and therefore all the scarier.

Recommended: How to Deal with Your Anger, According to Your Zodiac Sign 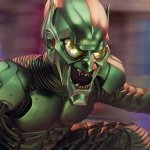 Indulgent and laid back, the Sagittarius villains usually do more bad things than they really want to. To truly succeed, this sign must learn to focus its monstrosity in a clear direction, or they will always end up hiring new goons to clean up after their mess, much like the green goblin.

Originally an unscrupulous industrial chief of Oscorp, Norman Osborn alias the green goblin, took a serum which improved his physical capacities (strength, mobility, endurance and progression of cure) and the intellect, and in the process also led him to madness.

He adopted a Halloween-themed facade, dressed in a goblin costume, and mounted on a “goblin glider” in the shape of a bat. He used an arsenal of high-tech weapons to terrorize NYC but lacked conviction as a truly evil villain. 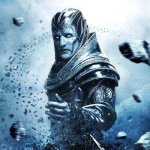 Dark and purposeful, Capricorn creates super-villains with the most staying power, much like the Apocalypse of the X-Men chains. Deeply irritated by their inability to love and be loved by others, the wicked Capricorn applies an inclusive strategy of world domination. The Apocalypse too, obsessed with the survival of the fittest, persists in world tyranny.

He believes that mutants like him are superior to humans and therefore humans should not be treated like anything other than cattle.

For centuries, the Apocalypse wandered the world, driven by the tireless perseverance of Capricorn, forcing civilizations to worship him as a god and manipulating them in wars, testing their strength and justifying his actions, claiming that he made the world better for them. 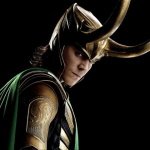 Aquarius’s famous affinity for friendship and community could make this a weak sign for supervillains, but let’s not forget Loki, the half-brother of Asgardian Thor, the god of thunder, and what this man is able to do.

By following their sign, most of the evil Aquarians are involuntarily but manage to wreak havoc and considerable annihilation when they want to.

True to his sign, Loki is just as destructive, but he is still more of an anti-hero than an unconditional villain. He’s natural when it comes to controlling the dark arts and knows how to put it to his advantage.

In adulthood, Loki acquired the reputation of God of Mischief, but gradually his tricks went from mischievous to downright malicious and evil when the stakes involved the throne of Asgard.

The Pisces super-villain is the most adjusted to the finesses of human interaction and therefore accomplished to the most sadistic forms of evil.

Do you remember Norman Bates from Psycho? It would be a classic example. American serial killer and owner of the Bates Motel in California, Norman Bates loved stuffed animals, and spying on his female guests.

Not only that, in his broken psyche, he is also his dead mother, the mother he is known to have killed and kept mummified in the basement of his house for many years.

He used to dress in her clothes and murder women like his mother, to keep his naughty son from eyeing them. Most evil Pisces are created when their instinctive desire to help mankind is stunned by disgust for those they are trying to help, and Norman Bates is no different.

Recommended: Which Natural Disaster are You, According to Your Zodiac Sign

Why You’re Afraid of Love, According to Your Zodiac Sign

What Dating Advice You Need to Hear, According to Your Zodiac Sign

This is Your Most Attractive Quality Based on Your Zodiac Sign

The Bravest Zodiac Signs that Would Risk Everything for Love