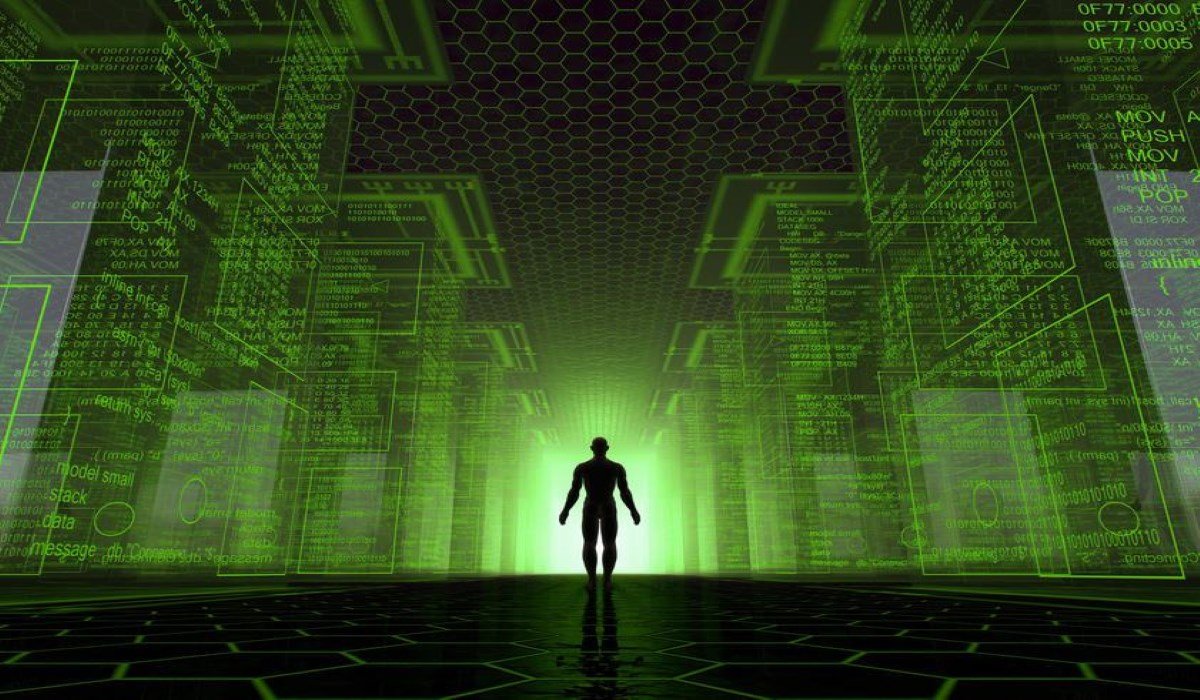 Discover your reality outside the Matrix. Most people who are following a spiritual path know that reality has two forms: one physical, which can be touched and is tangible and another metaphysical, which is beyond our regular sensory perception.

We can imagine the world as a dual mirror without limits: On one side of this mirror, you can see the material universe, and on the other side, you can see the metaphysical space that has records of everything that was, is and will be. It contains our dreams, clairvoyance, intuitive knowledge and insight.

But the main question is: which side of this mirror is the reality and what is simply the reflection?

Most people think that physical reality is real, and metaphysics is only a reflection of it. The mirror effect creates the illusion that the outside world exists on its own, and cannot be controlled. As a result, life becomes a game, in which the rules are not defined.

In this article, I want to share with you 10 facts that become obvious, as soon as a person begins to wake up from the illusion, and reflective reality “Matrix”, and begins his journey towards the greater causal reality.

1. There is no specific world separate from you:

All the functions of the world include you. They are in you.

Hundreds of processes are happening in your body, which you “don’t” pay attention to, such as breathing, digestion, increasing or decreasing blood pressure, the growth of new cells, the cleaning of toxins, etc.

These changes can be taken under your control. The very fact of focusing your attention on the automatic processes that take place in your body will change the process of your aging since over time, our body’s ability to coordinate these functions weakens.

All functions called involuntary, from heartbeat and breathing to digestion and hormonal regulation, can be taken under control. It has been proven experimentally that people are able to reduce blood pressure or reduce the release of acids that lead to ulcers with the power of thought.

Why not use these skills in the aging process? Why not change the old perception stereotypes to new ones?

There are many techniques that people can use to do this, but, unfortunately, the Matrix wants us to believe that incurable and chronic diseases, including aging, are “natural processes” that we can’t really fight.

Only when we wake up and leave the Matrix, can we realize that our health and our youth are only a matter of personal choice.

2. Our bodies are made up of energy and information:

For most normal people, it seems that our bodies consist of dense matter, but physics says that each atom is 99.9999% empty space. And the subatomic particles, which pass through this space at the speed of light, represent rays of vibratory energy.

The entire universe, including your body, is a conscious “non-substance.”

The emptiness within each atom manifests itself in the form of an invisible mind. The genetic says this mind is localized in the DNA. Life occurs when DNA translates your encoded mind into your active homologous RNA (Ribonucleic Acid).

As you know, RNA infiltrates the cell and transmits parts of the mind to thousands of enzymes. And then enzymes use parts of the mind to produce proteins. At each point of this sequence, energy and information must be exchanged between them, otherwise, there will be no life.

As we age, the flow of this mind decreases for several reasons. This age-related wear would be inevitable if a man were made of matter only. But attrition does not affect this conscious “non-substance”, this invisible part of us is not subject to time.

In India, this flow of the mind is called “prana” and can be controlled, increased or decreased, moved back and forth and manipulated, to keep the physical body young and healthy.

When you start to wake up outside the Matrix, you realize that your body is not simply dense matter, but a continuous energy and an exchange of information.

3. The unity of mind and body:

For example, an emotion such as fear can be defined as an abstract feeling, and as a tangible molecule of one of the hormones: “adrenaline.” There is no adrenaline without fear, and there is no fear without adrenaline. Wherever our thoughts are directed, this implies a certain chemical process.

The medicine has just begun to use the mind-body connection. The well-known placebo in 30% of cases, gives the same relief as if the patient took an analgesic. The placebo can be used, not only as an analgesic, but also as a means to reduce blood pressure, and even to fight tumors.

Since a harmless pill leads to such different results, it must be concluded that the mind-body unit can create any biochemical reaction, if we only give it the minimum.

If we decided to use the intention of not getting old, the body would do it purely automatically. People generally feel that vitality decreases in old age, but this only happens due to the fact that they expect this decrease, and they program themselves to feel this way.

4. Body biochemistry is a product of consciousness:

The opinion that the body is an unreasonable machine prevails in the minds of most people. However, the percentage of people who died of cancer and heart disease is much higher, among those who are constantly in psychological stress, than among those who are in peace and harmony.

When you wake up outside the Matrix, you realize that consciousness makes a significant difference in the aging process. Desperate for aging means aging even faster. You are the age you think you are!

5. Perception is a learned phenomenon:

Different perceptions – love, hate, joy, and disgust – stimulate the body in completely different ways. A person depressed by the loss of work projects this sadness in all parts of the body.

As a result, the brain stops secreting neurotransmitters, hormonal levels decrease, the sleep cycle is broken, neuropeptide receptors on the outer surface of cells are distorted, platelets become more sticky and tend to accumulate.

When we experience joy our entire chemical profile is completely reversed. When you leave the Matrix, you realize that all biochemistry takes place within consciousness; each cell is fully aware of what you think. Once you understand this fact, all the illusion that “you are a victim of circumstances” dissipates.

6. The impulses of the mind give the body new forms every second:

As long as new impulses continue to flow to the brain, the body is also able to react in a new way. That is the secret of youth. New knowledge, new skills, new ways of seeing the world, contribute to the development of the mind-body. And while this happens, there is a marked natural tendency to update every second.

When you wake up outside the Matrix, you replace your old belief that the body fades over time, with a new belief that every moment the body is renewed.

7. We are all tied to the schemes of the Cosmic Mind:

From the point of view of Universal consciousness, people, things and events that happen “somewhere out there” are part of your body.

When you leave the Matrix, you realize that the world is not a threat to you, but only to your infinitely expanded body. The world is YOU!

8. Time is not absolute:

The true basis of all things is an eternity. And what we call time is actually eternity, expressed quantitatively.

Time has always been perceived as an arrow flying forward, but the complex geometry of quantum space has completely destroyed this myth.

Time, according to its provisions, can move in all directions, and even stop. Therefore, only your consciousness limited by the Matrix in which you live creates the time limits you feel. That’s why people who live outside the Matrix never say their age, or don’t care about that detail.

9. We live in a reality that lies beyond any change:

The knowledge of this reality allows us to take all these changes under our control.

Currently, the only physiology that people can adhere to is time-based physiology. However, the fact that time is linked to consciousness implies that you can choose a completely different method of functioning. The physiology of immortality is what gives you the knowledge of immutability.

Since childhood, we feel that there is a part of us that never changes. This immutable part is our Higher Self. From the point of view of the single consciousness, we can explain the world as a stream of spirit-consciousness, therefore, our main objective is to establish a close relationship with our Higher Self.

These are only parts of the Matrix scenario to which we do not belong.

People become victims of aging, disease, and death due to their gaps in self-knowledge.

Losing consciousness is losing your mind; losing the mind is losing control of the final product of the mind: the body.

So the most valuable lesson we learn when we leave the Matrix paradigm is this: if you want to change your body, first change your consciousness!

7 Things You Will Realize When You Finally Awaken

6 Simple Ways to Create a Good Karma in Your Life