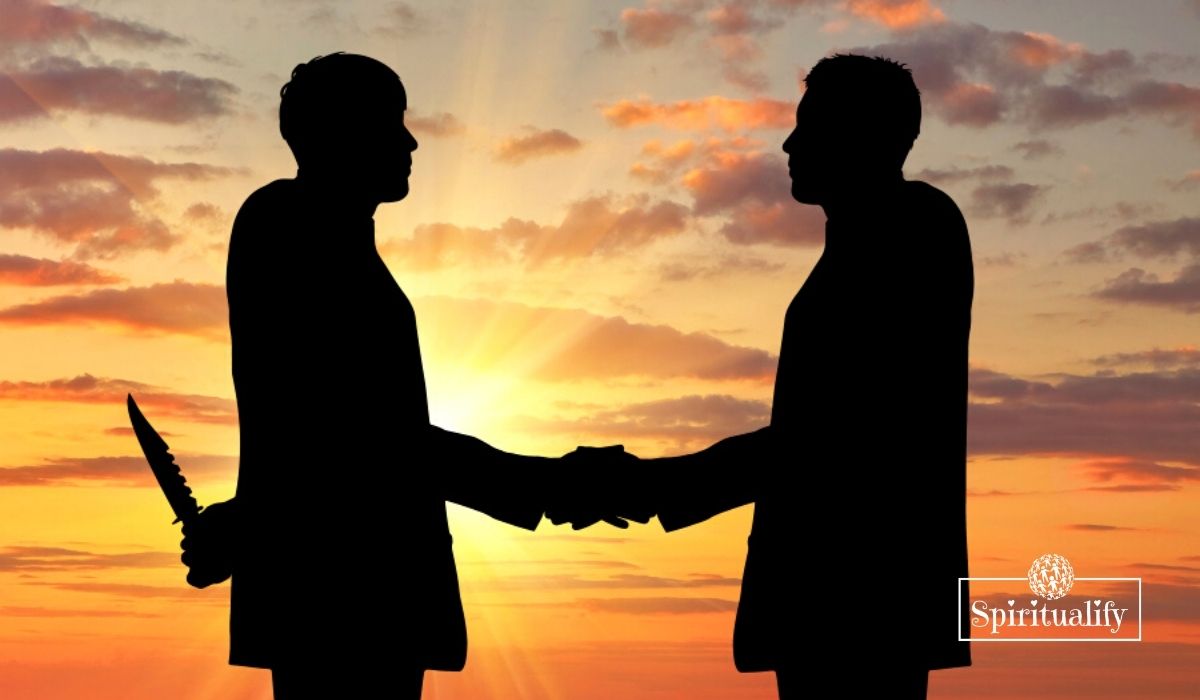 Trust is like glass. Break it once and no matter how hard you try to reassemble the pieces, the cracks will always be there to remind you of your mistake. The same goes for trust, it takes a second to break it, and maybe a lifetime to regain it, if ever.

It’s hard to say who will always support you because people change. I believe we are all very intelligent individuals who can distinguish a person you trust from someone you shouldn’t always believe.

You have to be careful when dealing with unreliable people because they are good at hiding their true intentions. Fortunately, there are signs that will help you determine whether or not someone is worthy of your trust. Here are some of the people you shouldn’t always trust.

1. People who are dangerously charming:

Some people use their charm to victimize others. They seem sweet to you and even shower you with many gifts or sweet words. To tell the difference between real charms and fakes, look for these clues.

Real charming people open up to you about themselves and even their whereabouts, while fake ones show a charm too good to be true without opening up a bit about themselves.

2. Those who show no empathy:

People who are likely to break your trust lack empathy. It’s because they don’t want to see themselves in other people’s shoes. If they did, they would know what it feels like to be betrayed.

But, as much as possible, they will avoid this scenario and focus their attention on how they can victimize other people. When you meet this kind of person, keep an eye for yourself. You could be the next victim.

Recommended: Which of the 12 Jungian Personality Archetypes Are You?

When someone or even your friend keeps telling you other people’s secrets, it’s a clear clue that they will do the same with you.

This means that when you share your secrets with them and interesting things about you, the whole world will know. They don’t see the importance of secrets as long as they can get something by revealing it to others.

4. Those who are narcissists:

People with narcissistic traits see themselves as the center of the Universe. They will make you believe that they are so important and will inspire you to open up to them and be part of their inner circle.

However, when the going gets tough, they don’t recognize their mistakes. They’ll fabricate stories to blame you and explain how you got them to act a certain way. They will even play the victim. Beware of these people because nothing is important to them except their own ego.

5. People who can’t make up their minds about anything:

You can’t rely on indecisive people because you don’t know if they will really support your idea or not. On the other hand, fickle-minded people have unstable disposal.

They are like a pendulum that can swing back and forth. Today they will tell you, yes but the next day they will change their mind and say no. You cannot expect anything from them, for they may simply disappear even if they have made commitments to you.

Are you Emotionally Intelligent? 11 Signs of Great Emotional Intelligence

15 Things that Happen When You Uncover Your Hidden Powers

Which of the 12 Jungian Personality Archetypes Are You?

7 Deadly Assumptions that Cause Unhappiness and Poison the Spirit

7 Things You Have to Stop Now to Be Truly Happy.