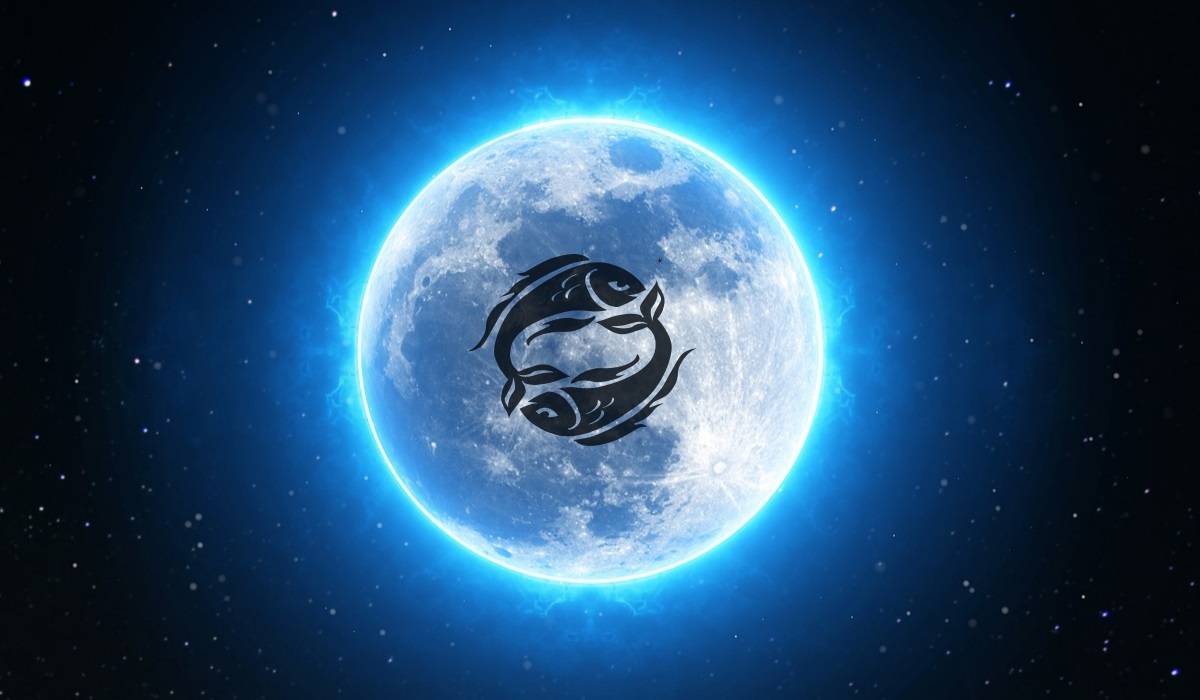 The full moon on Saturday, September 14, 2019, at 21 degrees from Pisces joins Neptune. The astrology of the full moon of September 2019 brings a test of faith because of the square Jupiter/Neptune. Mars joins this aspect to form a T-square that increases the risk of disappointment and confusion due to mood swings, anger, and impulsive actions.

The Full Moon of September 2019 is also in the Phoenix Constellation. The strongest aspect of the full moon is that of Pluto, so it’s a Full Moon for positive transformation and rebirth.

Meaning of the Full Moon: 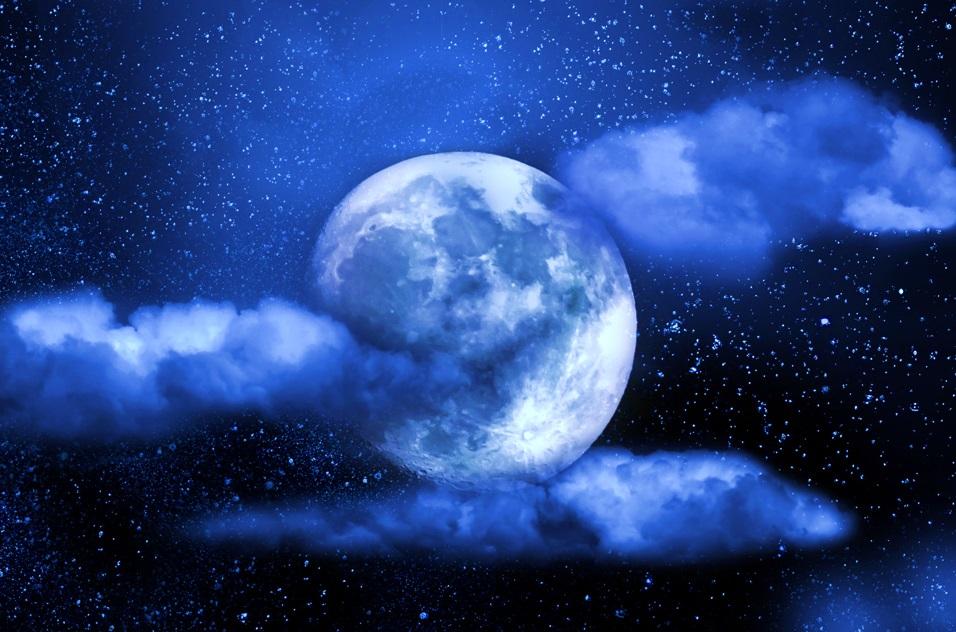 The Sun in front of the Moon, concerns your home, your family and your intimate relationships during the two weeks following this lunar phase. Opposing forces such as work versus home, or what you need in relation to what you want, will create internal tensions and external pressures. This can lead to conflicts and crises that drain your energy.

The lunar aspects of emotions and instincts reach their peak on the Full Moon. So use your increased emotional strength and intuition to overcome any relationship problems. The subconscious awareness allows an unbiased and balanced look at your personal relationships. You will see more clearly any dynamic relationship or negative feelings causing discord.

The Full Moon of September 14 at 21 ° 05 ‘in Pisces offers a large number of planetary aspects. The complex red appearances in the Full Moon astrology map of September 2019 form an L-Neptune T-shaped aspect pattern, opposite to Sun-Mars, with a Jupiter square. This will create feelings of anger and confusion that can lead to loss and disappointment.

However, the most powerful aspect of the Full Moon is a positive sextile with Pluto, which provides powerful intuition and the ability to control even your strongest emotions. Pluto will also engender a process of rebirth that will be assisted by the Full Moon and Neptune in the constellation Phoenix.

The T-square and the Full Moon: 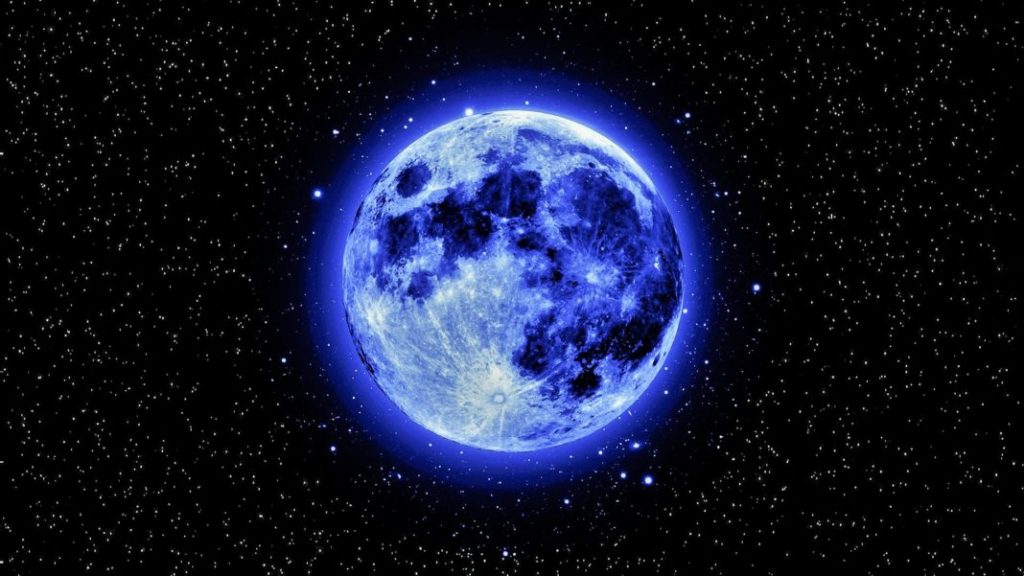 Square Jupiter-Neptune brings a test of faith due to some discomfort or disappointment. You can feel optimistic, confident and generous, but the risk of illusion and deception is great. A tendency to suspicion and paranoia may be more certain than excessive idealization and credulity. Avoid gambling, drugs, gurus, sects, and shenanigans to get rich fast.

Mars in front of Neptune can lead to discouragement, weakness and a feeling that something is wrong. Severe perversion, fear of competition and misdirected energy can be a source of embarrassment, disillusionment or disappointment. Your expectations for your career and your life may be disconnected from reality.

The Mars-Jupiter square gives energy, initiative and a willingness to take risks. Even if you feel strong, handsome and enthusiastic, a tendency to impulsive actions can lead to embarrassment, mistakes or accidents. So moderate your energy, plan ahead and use a strategy to avoid loss and physical or emotional exhaustion.

More challenges from the Full Moon:

The Full Moon combined with Neptune increases your emotional sensitivity, but also your level of insecurity and confusion. Following the wrong signals could lead to illusion, guilt, disappointment, and scandal. Dreams can turn into fantasies and suspicions into paranoia. So remember the difference between fantasy and reality to avoid rejection and embarrassment. You may also be more susceptible to addiction, poisoning, illness and infection.

The square of the Full Moon with Jupiter gives a tendency to excessive trust and excess. Changing moods and changing tastes could lead you astray. A lowering of standards or infidelity in relationships could cause embarrassment or scandal. You also have to watch the tendency to exaggerate things with food, medicine, and shopping.

The Full Moon in front of Mars can make you gloomy, selfish, bored and angry. Anger and a tendency to act without thinking will increase the risk of turning minor irritations into arguments or fights. Relationships can suffer from impulsive actions and aggressive instincts. Use your energy to work hard, get some exercise and take a step back to avoid hostility.

Full Moon-Pluto sextile makes your subconscious more intense and more powerful. Deep-seated feelings are exposed and you will have more control over your emotions, reactions and instinctive behaviors. Intense personal interactions will show exactly what you think of someone and what they think of you. An important relationship can evolve to a deeper level or you will be free to move forward.

Anything that gets worse in your life can be reborn. You will be able to more easily stop any bad habit or dependency. You can probe deeply to solve mysteries or investigate crimes and secrets. Your intuition will be very strong and will guide your journey in the hidden world.

In Greek mythology, the phoenix is ​​a long-lived bird that regenerates cyclically. He is reborn from the ashes of his predecessor. In astrology, it is said that the Constellation of Phoenix gives a pioneering disposition, ambition, and power, as well as long life and lasting fame.

The Full Moon of September 14, 2019 and the Jupiter Neptune square, is the main long-term challenge of 2019. It becomes stronger towards the last of its three aspects on September 21st. Since the latter square occurs in the two-week moon phase, the effects will be particularly strong.

The square Jupiter Neptune brings credulity, suspicion, and deception that can lead to embarrassment or disappointment. And the square T with Mars brings mood swings, anger and impulsive actions that increase the risk of delirium and scandal.

With Neptune and the Full Moon, the astrology of September 2019 will focus on confusion and deception. But Neptune also governs hopes, dreams, and spirituality, and the most powerful aspect of the Full Moon offers great potential. The powerful influence of Pluto makes it a Full Moon for positive transformations and rebirth through intense personal interaction and the purging of emotional baggage and destructive behavior.

A Full Moon has a relationship with the previous New Moon. The New Moon on August 31st helped you connect with and share your most passionate desires. It was excellent to start something new or to revitalize something, especially of a romantic nature. The Full Moon of September 14 lasts two weeks until September 28, date of the New Moon.

Which Number Brings You Love, Luck and Prosperity, According to Your Zodiac Sign