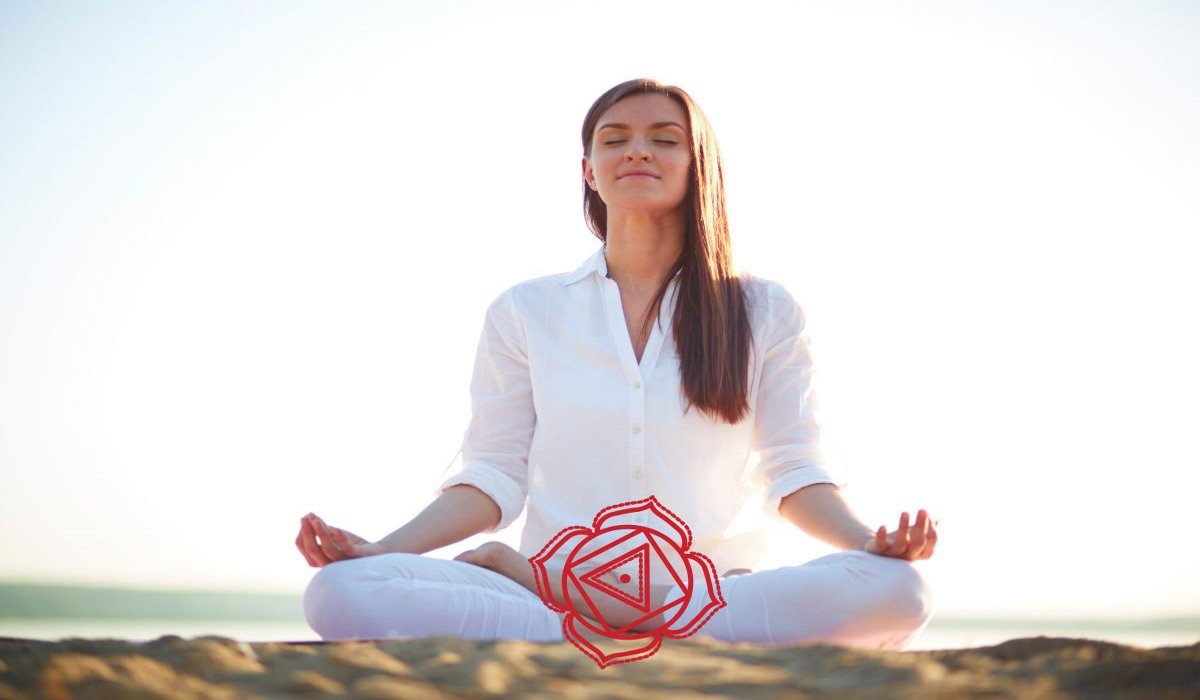 Mūlādhāra is the name of the first chakra, also known as the root chakra, which is located in the perineum between the genitals and the anus. This is the chakra that represents the support of the whole body (its name means “the support of the base” ) and is depicted as a lotus flower with scarlet petals associated with the red color.

Its element is the earth and the phase of life that is associated with it is that of early childhood, strongly linked to emotions such as safety and the joy of living.

The main characteristic of this chakra is its hardness, which is why the exercises on Muladhara favor the strengthening and stability of the whole organism, both physically and emotionally.

When the first chakra is blocked, the consequences are strong insecurity and apathy, along with a loss of self-esteem that can lead us to a discouraged and perpetually resigned attitude in everyday activities. When this chakra is overactive, on the other hand, does not bring positive consequences: one can incur mental rigidity, hostility towards changes, aggression and an excessive attachment to money.

We must pay special attention to the Muladhara chakra when we are going through periods of strong changes, for example, a separation, a move, the beginning of a new activity and in general all the events that involve our sense of security and stability.

Characteristics of the first Mūlādhāra chakra

Position: In the perineum between the anus and the genitals, at the base of the spine
Function: Stability, safety, self-confidence
Color: Red
Element: Earth
Sense: Olfactory
Crystals and stones: Ruby, red coral, garnet, jasper, black onyx, oxidania
Mantra: Lam
Note: Do
Animal: Ox, bull, elephant (associated with the earth)

It is a very effective exercise to bring to the conscious level what is blocking us.

Starting position: Sitting on the floor. One leg is straight and the other leg is bent so that the heel is under the buttock. Exhale, bent forward and grab the toes of the straight leg with both hands. Raise your head and look up. Stay in this position for a few minutes breathing normally.

Starting position: vajrasana (sitting on the heels). Separate the legs until the buttocks can rest on the floor. Exhale and keep your back straight, place your hands on the floor between your knees.

Your arms can be extended or folded depending on your comfort. The fingers point outwards and your gaze is turned towards the tip of the nose. Stay in this position for a few minutes breathing normally.

This exercise protects us against harmful emissions, detoxifies the body and has a grounding effect, as well as improving the sense of smell and concentration.

To discover other exercises useful to balance the root chakra, visit our dedicated article.

This is Your Body’s Weak Spot, According to Your Zodiac Sign

3 Tips to Develop a Friendly Connection with your Spiritual Guides

What are the Benefits of Spiritual Awakening that Nobody Talks About

How to Clean Your Aura in 8 Effective Ways

Did Spirituality Turn into Another Egotistical Identity?