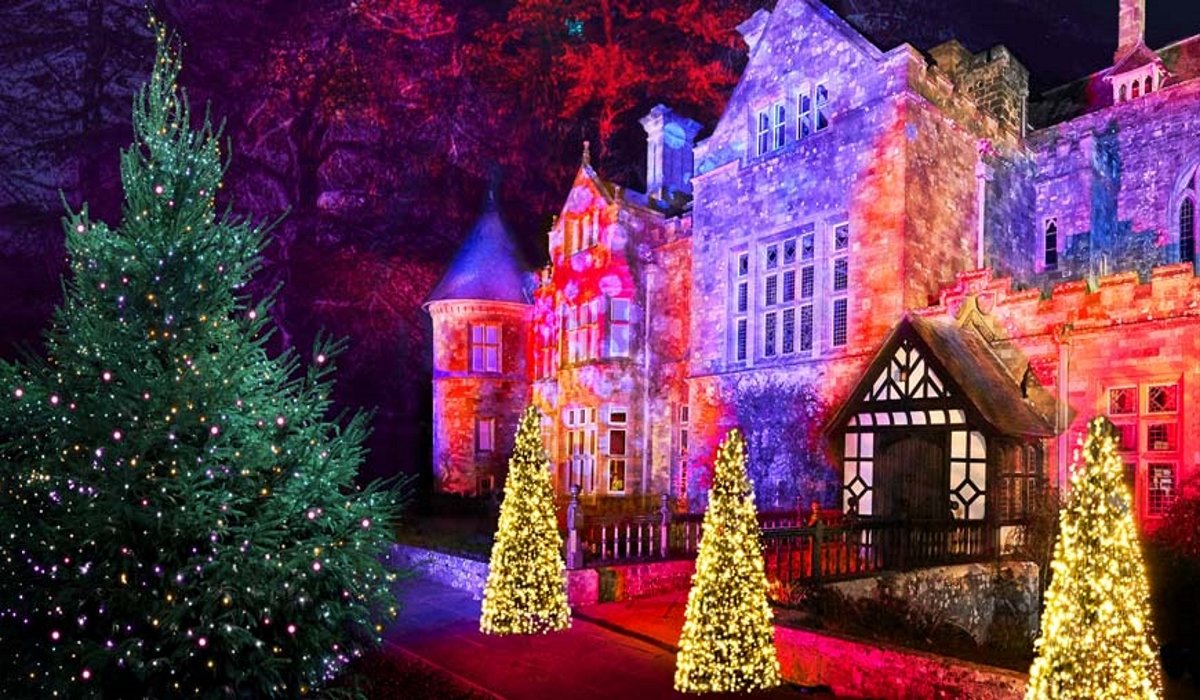 Jesus was born in Palestine two thousand years ago, but this is only the historical aspect of Christmas. The appearance of Christ is above all a cosmic event: it represents the first manifestation of life in nature and the principle of all that exists. During the year the sun passes through the four cardinal points (spring equinox, summer solstice, autumn equinox, winter solstice). During these four periods, great transformations take place in nature, powerful energies circulating that influence the earth and all the beings that inhabit it.

The Initiatic Science, which has studied these phenomena, has found that if the man pays attention, prepares himself and puts himself in a state of harmony to receive those influences, great transformations can be realized in him. December 25 represents the moment when the sun has just entered the constellation of Capricorn. In fact, the Capricorn symbolically represents the mountains and the caves: it is precisely in the darkness of a cave (the interiority) that the Child Jesus was born. For the rest of the year nature and man have done a great job. The approach of winter corresponds to the suspension of many activities, the days are shortened, the nights lengthen: it is the moment of meditation, of recollection.

These activities allow a person to penetrate into the depths of his being and find the conditions for the birth of the Child. Around the date of December 25th, the birth of the Christic principle takes place in nature (light and heat that transform everything). How, instead, do human beings live Christmas parties? Celebrate competing with spasmodic anxiety in buying and giving gifts to show off material wealth, eating and drinking at the table inordinate. We go to church, we sing that Jesus came to save us and then continue the life of all time. These behaviors show how people are unaware of the importance of this event in which, once a year, the divine currents are predisposed to create the best conditions for the Divine Child (new life) to be born in every man.

It is necessary to work, study, overcome one’s own limits so that a new consciousness may emerge, manifesting itself as an interior light capable of driving out the darkness and indicating the path to follow. For many, it can not be the same! In fact, Jesus is not only a historical figure but represents a symbol that covers the innumerable realities of spiritual life. As long as man does not possess in himself light and love, the child Jesus cannot be born in him: he will be able to wait for him, to celebrate him but nothing more. If the coming of Jesus on earth was enough, wars, miseries, diseases would have long since disappeared.

Certainly, we do not want to deny that the birth of Jesus represented a historical event of great importance, but the essential is the cosmic and mystical aspects of the Christmas party. The birth of Christ (higher self) represents an event that is repeated every year in the universe (for some it is already born, for others it will be born soon, for others it will not be born in a few centuries), but it can be symbolically verified inside us in every moment of our existence. This history has been repeated for centuries without understanding it because universal symbolism has been lost.

For example, Joseph and Mary are two symbols of the interior life: the father Joseph is the intellect, the spirit of man, the masculine principle; the mother Mary is the heart, the soul, the feminine principle. When the heart and the soul are cleansed the Holy Spirit (the Universal Soul) in the form of fire (divine love) comes to fertilize the soul and the heart of the human being and the child is born. The stable and the manger represent the poverty of the soul and the difficulties that man meets to reach spirituality. And what is the star? It is man himself. A living pentagram that must exist in two forms (as above so below).

When the man has fully developed the five virtues (love, wisdom, truth, justice, goodness) another pentagram (the luminous star) represents it on the subtle planes. That star that shone above the stable represents precisely the Christic light that every being can make shine within itself. Even the great religious leaders (Melchiorre, Baldassarre, and Gaspare) feel that they have not yet reached that degree of spirituality that they believed, so they go to learn, bow down and bring as a gift gold, incense, and myrrh: gold meant that Jesus was king (the yellow color is the symbol of wisdom), the incense meant that he was a priest (the incense represents the religious field, the heart, and the love), the myrrh the symbol of immortality (we used of myrrh to embalm bodies and to preserve them from decomposition).

The Three Wise Men have therefore brought gifts that have a link with the three worlds: thought, feeling and physical body. In that stall, there were only the ox and the donkey. Why? The stable represents the physical body and the ox, like the bull, has in ancient times been considered as the generative principle (in Egypt, for example, the Apis ox was the symbol of fertility and fertility). The donkey, on the other hand, represents the personality (the inferior nature of man). These two animals were there to serve Jesus. When the man begins to work on himself for his evolution, he comes into conflict with his personality and his sensuality. The initiate is precisely the one who managed to dominate these two energies and put them at his service.

Christmas, therefore, reminds us that the meaning of human existence is that of awakening the lower self in the presence of the soul and this happens, in the beginning, through the art of living. This is a process that involves trial and error (often through the experience of suffering as an illusion that ultimately leads to the immanent truth). This is achieved gradually through a reorientation of desires and, at a later stage, identification with the higher self. There are many individuals who consciously direct their lives towards higher goals: some are preparing, others are already working to achieve these goals. They are individuals who tune in more and more with their soul and move away from a personal and selfish reality.

Why Did We Come to Earth?

11 Ways to Decalcify Your Pineal Gland

Svadhisthana, The Second Chakra: Characteristics and Special Exercises to Unblock It

This Spiritual Test Reveals What You Should Change in Your Life

The 7 Stages of Spiritual Evolution. Which One Are You In?