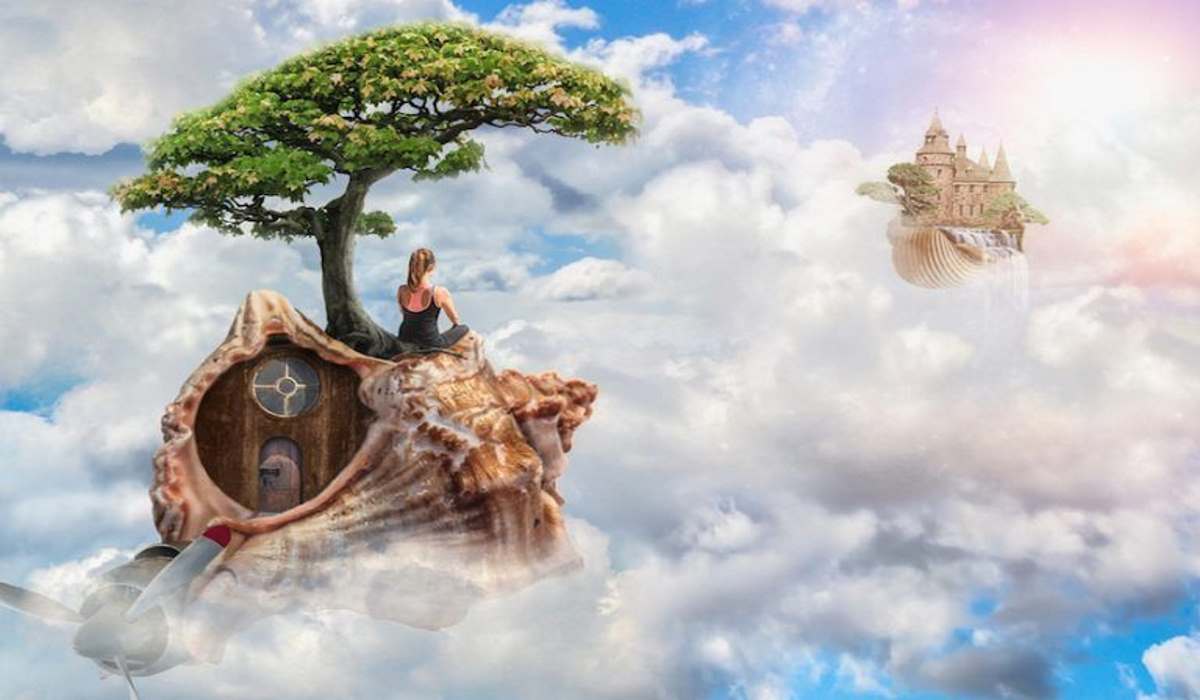 What are the steps that can be taken on the path to enlightenment? The first thing to remember, here at the beginning, is that enlightenment is not a destination but a direction. It’s not a truth, but a process. It’s both imaginary and real. It’s only achievable when you understand that it’s an unachievable thing. Once we can give up the need to achieve it, we set ourselves free so that the process unfolds, and we become the fulfillment. It is the ever-expanding horizon of human fulfillment. But it can hurt like hell.

Indeed, enlightenment is not a walk to the park. The first teacher encountered on the path of enlightenment tends to be Pain itself. Enlightenment is both an account and a defeat, an expansion, and an annihilation. The next four steps are just the tip of a much deeper iceberg of trials and tribulations, dipped with threatening thresholds and sinister rubicons. If you decide to apply, leave your invulnerability behind. It’s an illusion anyway.

“Do not get me wrong: enlightenment is a destructive process. It has nothing to do with becoming better or being happier. Enlightenment is the collapse of non-truth. It is through the facade of the pretext. It is the complete eradication of everything that we have imagined to be true.”
~Adyashanti

Here are some of the most frightening but secretly marvelous steps to take the path of enlightenment:

The vulnerability is really scary. But to be able to take advantage of our mistakes, to amuse ourselves with our inherent hypocrisy and to have a good sense of humor about our fallibility as an imperfect species, we must first have the ability to be vulnerable, which requires brutal self-honesty and ruthless self-interrogation.

Brutal honesty and ruthless self-interrogation force us to face our own demons. This forces us to overcome our personal weaknesses, and our unhealthy propensities and to challenge all authorities, especially ours. It forces our head on the abyss of the human condition, burning our soul with the unshaken flame of truth: impermanence. It strikes our face with its absolute mockery of our happiness being something that can be permanent. It shockingly shocks the all-out cosmic joke, and we realize that we are the purpose of this joke.

That’s why a particularly effective strategy for reaching a state of vulnerability and honesty is to use our sense of humor. When we laugh at ourselves, we relax.

When we can laugh at ourselves, we allow ourselves to be “weird” to tackle the ego dilemma from another angle, imposing a state of existential vulnerability that transforms the soul into a prism where the light of the truth can shine. Take the form of the rainbow of honesty.

And pain is the terribly beautiful, bright red, thorny and jagged pill, which we learn to swallow again and again, with an evil-caring and spiritually masochistic smile on our all too human face.

2. Swallow the shredded red pill of the truth

Without the painful red pill of truth, we are stuck with the misleading blue pill of deception. The blue pill gets stuck in the throat, causing infinite blockages, deletions, oppressions, and depressions. The blue pill is a lighthouse of deception, lodged in our throat chakra, blurring all frequencies and preventing us from telling our truth and being flawless with our words.

The blue pill is a magnet for lies. And the lies float in a misty smoke, seducing us with false kindness. Under the seduction of the blue pill, we are pawns that wallow in self-inflicted immaturity. Taking the red pill dislodges the blue pill, clearing the passage and opening all frequencies to the truth.

“The function of the imagination is not to regulate strange things, but to make sedentary things strange.”
~GK Chesterton

Swallowing the red pill is a scary prospect. It breaks the visions of the world and dissolves certainty. It replaces the answers with questions. It repackages the preconditioning. It cleans the doors of perception. It breaks the vitreous essence of cognitive dissonance. It leaves your soul naked, vulnerable and empty in the irritated eye of an apocalyptic existential hurricane of uncertainty.

This reveals that you were still God in hiding. And the heavy burden of this perspective alone can be an overwhelming responsibility. But, as Seneca said, “The precious stone cannot be polished without friction, and man cannot be accomplished without suffering hardship.”

“Enlightenment is the emergence of the man of self-committed immaturity. Immaturity is the inability to use one’s own understanding without the guidance of another.”
~Immanuel Kant

3. Destruction of the ego

“There are many difficult obstacles in your path. Do not let yourself become one of them.”
~Ralph Marsten

This step is probably the most painful. The death of the ego is not a walk to the park. It looks more like a walk in a dark night of soul surrounded by an angry abyss that is really just the narrow-minded version of you not wanting to lose what you feel like your essence: your ego. But the ego is not your essence, and it has never been. Truth is an interdependent cosmic force, an interconnected frequency, a unified cosmic agent through the movements of being a body-mind-soul.

The destruction of the ego leads to the ashes from which the phoenix of the soul rises. But first, there must be a fall. There must be a heart-rending part, a burn, a sacred disintegration. But the task of separation is repentance.

People can feel the animal in you, the wild self coming to life. Death makes a eulogy in the trees, and you die of a little death: the exultant death of your ego. And then you are calm like a doll, vulnerable, surprised. But now you are a force of nature first, and then a person. And the Earth finally discovered its salvation: the waking human soul.

Recommended: Understanding The Dark Side of Spirituality

“In conclusion, there is no conclusion. Things will continue as always, becoming more and more bizarre all the time.”
~Robert Anton Wilson

Forgiveness without fear is scary because it is uncomfortable ontologically. It is both demolition of the walls that protect us from the world and unlocking of the prison door from our expectations. When we demolish walls, fear is paramount and must be confronted, which can be terribly uncomfortable. But as Farrah Gray said, “comfort is the enemy of success”. It is incumbent on us to feel uncomfortable. Like Neo who wakes up from the womb for the first time. (The Matrix)

When we open the door of our prison, the way the world is really in spite of us, and despite our expectations and our vision of the world, becomes the hard Desert of the Real, that we alone are able to face and resolve for ourselves.

Forgiveness hurts because it’s the ultimate letting go. It’s a deep and visceral acceptance of how things are, whatever our needs of things in a certain way. It is a decisive collapse of the burden of what we can not control.

With fearless forgiveness, it suddenly becomes normal for the game of life to be “rigged,” because our fearlessness is a willingness to transform any negative, counterproductive, and unhealthy thing we are sent into something positive, progressive and healthy. And our forgiveness is a giant sign that says, “It’s okay.” It gives us the insurmountable courage to turn demons into diamonds, fear into courage, anger into strength and disdain into compassion.

Forgiveness without fear allows us to be intimate with the cosmos as it really exists. As Dogen said, “Enlightenment is intimacy with all things”. And intimacy with all things is as likely to hurt as to make us feel good. But that’s perfectly normal. He gives us permission to take good with evil, unhealthy with the healthy, and immoral with morality. And then it gives us the courage to turn everything into our own incredible things: art, adventure, love.

In the end, enlightenment is frightening and painful, but it is so rewarding that it does not even matter. We must ride ecstasy and misery to enjoy the great mystery.

3 Divine Truths You Will Discover, When You Reach Higher Levels Of Enlightenment

The Dark Side of Being Full of Light

The 4 Spheres of Consciousness of the Illuminated Human Being

21 Unique Characteristics of an Awakening Soul