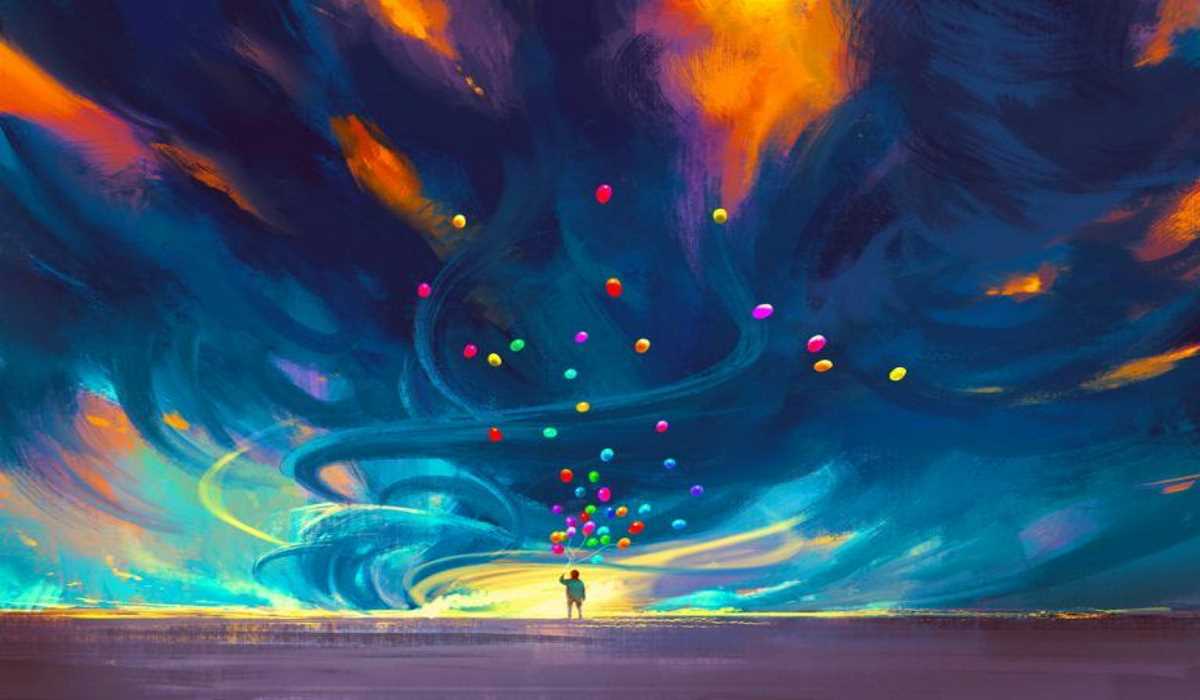 Nobody ever told me that spirituality could be a trap of self-sabotage.

I spent about three years of my life reading spiritual teachings and integrating them into my life before I learned that spirituality had a dark side.

Naturally, I was surprised. I felt betrayed. How could something that seemed so pure could be dangerous?

The answer has something to do with what psychologists call spiritual bypass. In the early 1980s, psychologist John Welwood coined the term “spiritual bypass” to refer to the use of spiritual practices and beliefs to avoid feelings of uneasiness, unhealed wounds, and needs and basic emotional and psychological needs.

According to integrative psychotherapist Robert Augustus Masters, spiritual bypassing requires us to isolate ourselves and others from behind a sort of spiritual veil of metaphysical beliefs and practices. He says that “not only does this distance us from our spiritual pain and our personal problems, but also from our own authentic spirituality, we fail in a metaphysical limbo, an exaggerated zone of gentleness, kindness, and superficiality.

Here are 11 “spiritual things” that people do that sabotage their growth:

This is probably one of the ubiquitous aspects of spirituality, and it takes many forms. Some people feel superior because they read Alan Watts. Or go to work by bike. Or refrain from watching television. Or eat vegetarian. Or use crystals. Or visit the temples. Or practice yoga or meditation. Or take psychedelics.

Note that I certainly do not blame the fact of participating in these activities. I like Alan Watts and I think meditation is very beneficial. What I am saying is that it is extremely easy to let your ideas and spiritual practices become a trap for the ego, it makes you think that you are much better and more enlightened than all the others because you all do these things. This dysfunction prevents true spirituality by leading us to focus on another person, rather than cultivating a sense of connection to the cosmos and feeling a poetic emotion to the sublime grandeur of existence.

2. Use “spirituality” as an excuse for not taking responsibility for one’s actions.

It is very easy to use certain mantras or spiritual ideas as excuses for being irresponsible or unreliable.

“It’s like that” or “The universe is already perfect” or “Everything happens for a reason”. They can all work as excellent excuses for never doing a lot of things and never really studying everyone’s behavior. I do not question the veracity of the statements above. I’m just saying that if you’re constantly late for appointments if you often neglect your personal relationships and your roommates cannot rely on you to pay the rent, you may have to stop telling yourself, “The reality is an illusion anyway” and start becoming someone you can count on.

In the same way, it is surprisingly easy to deceive yourself into thinking that whenever someone has a problem with your behavior, it is because that person “just needs to grow spiritually”. It is much more difficult to recognize the moments when we act in a rash, selfish or unconscious way and inflict pain on someone else. It is much more difficult to admit that we are also far from perfect and that growth and learning are endless processes.

Humans want to belong to a group. We all have a deep need to have a sense of belonging. And we form groups of all kinds to fill this need.

Anything related to spiritual things is an area of ​​interest, around which, people form all kinds of groups. It’s potentially a great thing, but it also looks dark.

4. For many people, “spirituality” is little more than something that many people seem to be interested in.

These people want to get into spirituality, so they start practicing yoga, carrying spiritual things that relate to the New Age, doing music festivals, drinking ayahuasca, etc., and they say that it makes them “spiritual”. These “spiritual spectators” make the meaning of a true spiritual quest, contemplation, experience, and realization less valuable. They also, in my opinion, tend to be “spiritual” people who use “spirituality” to have a sense of superiority.

5. Judge others for expressing their anger or other strong emotions, even if it is necessary.

I realized that when people were angry, I always said, “Getting angry will not solve anything.” Inwardly, I silently judged the other person, thinking, “If only they were more enlightened, we could avoid this tragedy. In many situations, it was my way of avoiding the deep problems that needed to be addressed.

Anger is a natural human emotion and a perfectly justifiable reaction to many situations. Often, anger indicates that there are serious problems that must be tolerated in oneself or one’s relationships.

Ironically, many spiritual people repress all “non-spiritual” emotions and artificially increase “spiritual” emotions/traits such as compassion, kindness, and equanimity. This leads to inauthenticity. One strives to present oneself constantly as calm, gentle, kind and in a state of perpetual peace, and one ends up looking like an impostor.

6. Use “spirituality” as an excuse to use drugs.

Many people think that psychedelic drugs can cause mystical experiences and improve spirituality (secular). But some people take this as an excuse to rationalize self-destructive patterns of drug use.

In the most extreme cases, “spiritual” people end up “organizing cannabis ceremonies” during all their waking hours; taking psychedelics too frequently or in inappropriate contexts, and completely deny that these substances have negative effects. Respect the substances, and use them wisely.

7. Too much emphasize on “positivity” to avoid seeing problems in life and in the world.

“Just be positive!” Is often used as a deviation mechanism by “spiritual” people who prefer not to face their own problems, inner wounds, and even less to the problems of the world. The movement of “positivity” has exploded in Western culture in recent years.

This movement seems to neglect one important thing: the darker aspects of life do not disappear simply because they are ignored. In fact, many problems in our individual and global lives only seem to get worse or more complex when they are ignored. In the same way that it seems absurd to say to a heroin addict the phrase “Just be positive!” As a solution to his problem, it is absurd to believe that positive thinking offers any solution to major global problems such as climate change, poverty, industrial agriculture, and existential risks.

That does not mean that we have to carry all the world’s problems on our shoulders and constantly feel guilty. It is healthy to be optimistic about the solutions that exist to improve the world. However, we must balance this optimism with a willingness to face the real problems in our personal life, our community, our world.

8. To repress unpleasant emotions that do not correspond to their “spiritual” self-narrative.

It is easy to be indignant at believing that spirituality will allow life to float endlessly on a cloud, but in practice, it is not. Life is still full of suffering, and to grow and learn from our experience, we must be honest with ourselves about how we feel fully.

In my case, my desire to always be “zen”, “follow the flow”, and project an image of inner peace for myself and other people prevented me from seeing the truth of various situations/experiences and assuming the responsibility to deal with it.

9. End up in bad situations because of excessive tolerance and a refusal to distinguish between people.

I wanted to believe that the people I was interacting with were “good” people with a big heart and that they would treat me kindly if I did it for them. This way of thinking was terribly naive, and I always try to repackage myself to understand that in some contexts, being nice is not the answer.

Many people grew up in poverty, were surrounded by crime and learned that the only way to survive is to get rid of weakness. The majority of people around the world do not seem to have that mentality, but if you’re in a city or country where there’s a lot of poverty, you have to take some common sense precautions, basic things like:

10. So to want that different “spiritual” practices are true, and to totally reject science.

Many spiritual people become hostile to science because certain beliefs and practices they find useful are considered unproven or pseudo-scientific within the scientific community. If a belief or practice is not proven or pseudoscientific, it only means that we have not yet been able to confirm its validity through repeated experimentation in a laboratory environment. This does not mean that it is not true or valid.

The scientific method is one of the best tools at our disposal to understand the mechanics of the visible universe. It allowed us to discover the deep truth of biological evolution, to observe the limits of space, to lengthen our lifespan by tens of years and to walk on the moon, among other things. To reject it entirely is to lose one of our most powerful lenses to understand reality.

11. Feel a deep dislike and an aversion to the dark side.

When you are interested in spirituality, it is easy to idolize people like the Buddha or the Dalai Lama and to believe that these people are perfect humans who always act with total awareness and compassion. In reality, this is certainly not the case.

In reality, we are all fallible humans, and we will all make mistakes. It is almost impossible to live even a few weeks of adult human life without making a few mistakes, even if they are minor. Over the years, there will be major mistakes. It happens to us all and it’s normal. Forgive yourself. All you can do is learn from your mistakes and strive to do better things in the future.

Paradoxically, the seemingly spiritual lesson of self-forgiveness can be particularly hard for those interested in spirituality to assimilate. Spiritual teachings can leave with high ideals that lead to immense guilt and self-loathing when one does not reach them. This is a major reason why it is so common that spiritual people reject any responsibility because recognizing their shortcomings would be too painful. Ironically, we must be honest with ourselves about our mistakes in order to learn from them and become more aware and compassionate versions of ourselves. Just remember, you are just a human. It is normal to make mistakes.

What you must remember.

The lesson here is that growth and learning are endless processes. If you think you have nothing to learn, you have probably sabotaged yourself in many ways. It can be profoundly difficult to recognize that for a long time we have been wrong or misguided, but the alternative is much worse. The alternative is a kind of spiritual and intellectual death, a perpetual stagnation in which one forces oneself to believe that they have all the answers, that they have reached their final form. In a rapidly changing world, lifelong learning is of paramount importance.

To the extent possible, spirituality is a force that can help humanity realize our common identity as living beings, to become environmentally aware, to feel a connection to our cosmos and to address the most important issues of our time with compassion, ingenuity, equanimity and what Einstein has called a “holy curiosity”.

At its best, spirituality is a force that propels us towards a more harmonious, cooperative and sustainable future. 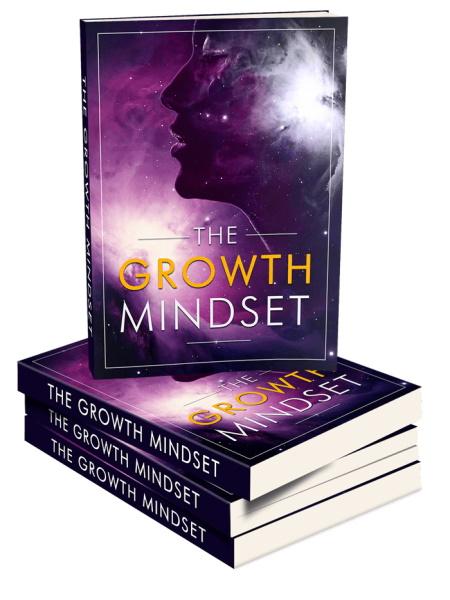 8 Characteristics that Only True Spiritual Masters Have

15 Symptoms that Determine if You Are Using Your Inner Power

4 Ways in Which Energy Vampires Drain Your Vital Energy

7 Incredible Experiences You Might Live During a Spiritual Awakening