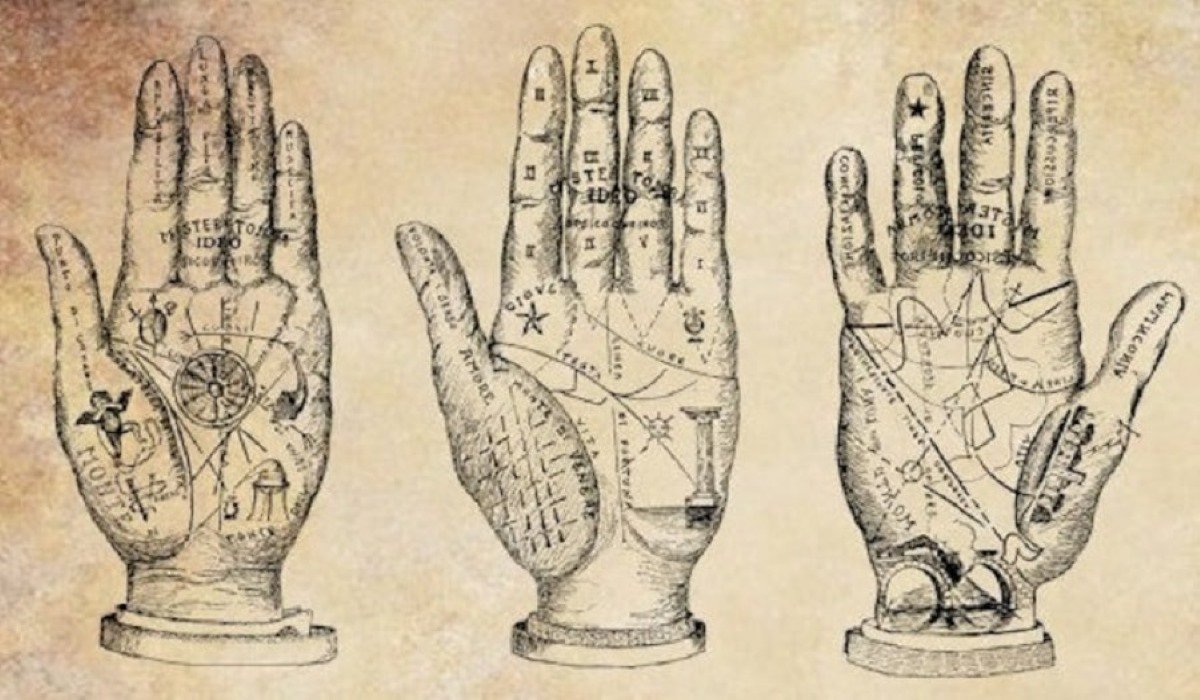 Each person has psychic abilities – the only question is what is your potential to become a strong psychic. Your palms have special signs which are interpreted as signs of medium capacity. Each of the signs can reveal your special gift, it can be clairvoyance, a talent for occult powers or healing.

An extrasensory gift, like any other, must be developed. If you are under 28, it is strongly recommended that you find a guide who will help you unlock your potential at a more mature age where there are no obstacles to do it on your own.

Certain signs on the palm of your hand will help you better understand which direction to choose. 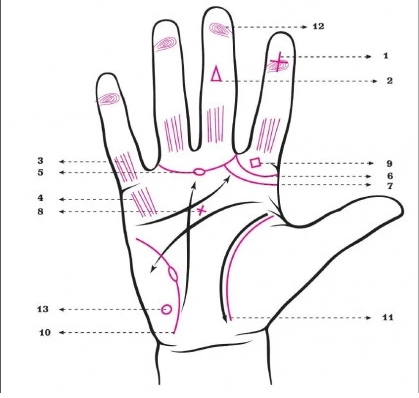 1. The crest on the upper phalanx of the index finger indicates a propensity for clairvoyance.

However, this gift is often passive and will only appear after severe stress, for example, a serious accident or the death of a loved one. Holders of such a sign may at times literally see photos of future events.

2. The triangle on the middle phalanx of the middle finger appears as a result of following occult studies.

3. Vertical lines on the lower phalanges of any finger can be found on the palms of people with particular magnetism and charisma.

For example, highly respected managers. They are able to attract the attention of others. Such a sign often appears after many years of working on oneself. It also testifies to your high professionalism in all areas.

4. If you have at least three lines on Mercury Hill, this is called the Samaritan sign.

It appears early on the palm, even on a child’s hand, and reflects the ability to heal. In ancient times, people with such lines were sent to study medicine.

As a rule, the owners of this sign love animals and children very much. If you have it but are far from medicine, don’t be discouraged. It is never too late to get involved in a bioenergetic technique – for example, reiki, as well as the energy healing touch, etc.

5. An island on the belt of Venus is a sign of people predisposed to clairvoyance and having a strong intuition.

However, such capabilities in the ordinary state are likely to be silent. Most often, a person begins to see the future after falling into a trance or after severe stress.

It speaks of the innate ability to help others by word or action. This sign is often found in the hands of psychiatrists or spiritual instructors.

7. Ring of the black magician.

The owners of this sign are called people with a “bad” eye. It is better not to get in their way and not to conflict with them. They have great potential for negative force, but often they don’t know how to use it.

If you find such a sign on your palm, remember: you need to watch your thoughts, words, and actions closely, because any message you send out sooner or later will come back.

8. An autonomous cross in the center of the palm is called the cross of Saint Andreas.

It shows that your emotions and your mind (the right and left hemispheres of the brain) are in perfect harmony. These people are absolutely calm. They are almost always in a meditative state. This helps them to make correct decisions and see clearly what is the right thing to do.

9. The square on the hill of Jupiter, or the place of the professor.

It testifies that you have born oratorical talents. These people know how to “transfer” information. They are distinguished by a strong gift of persuasion. And if a cross is seen in the square, it can be interpreted as a sign of protection, the presence of a guardian angel.

Owners of the arc-shaped line from the hill of Mercury to the hill of the Moon often dream of prophetic dreams. They always foresee the future even if it is on a subliminal level.

And if there is an island on the line, it means that a person is able to read the thoughts of others. This line is very rare, people often confuse it with the health line but this line is arched and begins and ends on the edge of your hand.

This is called the lineage of guardian angels. These people have considerable energy, in life, they are luckier than the others.

It is often called the “scanner” sign. Bearers of this sign can capture the emotional state of others. They are easily convinced, so be aware if you have this sign and always make sure if it is your desires or something that you have been convinced to do by others.

13. Circle the lower part of the lunar hill.

The sign reflects the capacity for clairvoyance. Its owners can hear other people’s voices in their heads and look at “pictures” on the inner vision screen. These visions often turn into real events. It is also a rare sign.

The Truth About Curses and How to Protect Yourself from Them