All human beings are, in some way, connected with the Psychic Powers, but only some of us can recognize them and use them as a way to contribute to our evolution.

Many studies have been carried out on the subject, which is within and outside the parameters of parapsychology, to evaluate the psychic potential of the human being, and there have been few occasions when the experimenters have been surprising.

Within psychic faculties, the best known is clairvoyance, where most sensitive people are sensible and humble people who fail to understand the origin or dimension of their faculties.

The psychic powers or clairvoyance usually come suddenly and unexpectedly, without the individual being able to provoke it consciously. The same thing happens sometimes with premonitions, they are spontaneous phenomena that arrive without warning. However, the ability (often unconscious) to move objects, called telekinesis or psychokinesis, is usually one of the phenomena that most obey the effort and therefore the will of the gifted.

Psychic powers usually come suddenly and unexpectedly, without the individual being able to provoke them consciously. They are spontaneous phenomena that arrive without warning.

Determine if you have psychic powers and which one: 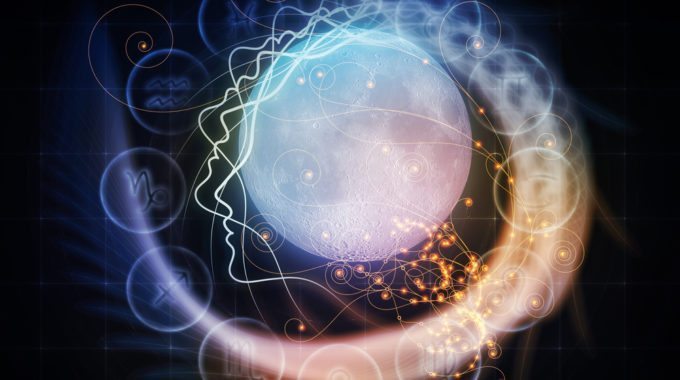 Next, we will perform a test to evaluate what degree and intensity of psychic potential you have, and what faculty you have more developed. Each affirmative answer will give you a number of points.

The sum of the points obtained in each affirmative answer will give you a final score, based on which you will be able to know in which category you are within your psychic faculties.

Test to know your degree of psychic powers:

Each positive response carries a score. The answer that is negative for each particular case does not have any score.

1- Have you felt the presence of someone else when you are alone?
Yes: 500 points.

2 – Have you felt the feeling that a family member or friend of yours was in danger and then could you verify that something had happened to you at the time you proved the feeling to be right?
Yes: 10 points.

3- Have you had dreams and premonitions of events that are fulfilled after a while?
Yes: 100 points.

4 – Is it usual that at any given time you remember a person, and at that time that person calls you by phone?
Yes: 300 points.

5- Have you ever seen a deceased being who appeared near you?
Yes: 500 points.

6- Are the moments when you have thought the same thing as your partner and friends that you haven’t spoken to in a while?
Yes: 300 points.

7- Did you intuit that someone close to you would die shortly and it happened?
Yes: 100 points.

8- Have you ever seen images of a disaster in the world that later corresponded to those you saw on television?
Yes: 10 points.

9- Did you know someone had just died without the need to confirm it?
Yes: 10 points.

10- Did you dream years ago that a friend or acquaintance would marry a person also known to you, and that wedding took place?
Yes: 100 points.

11- Do you know someone with whom you share the same dreams and with the same details?
Yes: 300 points.

12- Have you heard voices more than once inside your mind?
Yes: 500 points.

13- Are you able to know the details of someone’s intimate life when you have just met him?
Yes: 10 points.

14- Have you ever felt while sleeping as someone is touching, caressing or pressing on your chest?
Yes: 500 points.

15- Did you have a dream in which you saw the accident of an acquaintance, and within a few days, it really took place?
Yes: 100 points.

16- Do you often think that along with your partner or a friend you are humming the same song mentally?
Yes: 300 points.

17- When you have lost an object at home do you find it following your intuition?
Yes: 10 points.

18- If you have pets, does it make sense that you have a connection with them or that they have been able to perceive your thoughts?
Yes: 300 points.

19- Has it ever happened to you that driving on the road you felt a vibration at a specific point, and after a few days an accident occurred in that same section?
Yes: 100 points.

20- Have you received the visit of a family member or deceased acquaintance who has transmitted a message to you?
Yes: 500 points.

It means that by your psychic powers, you have the ability to see and feel events that are happening in the present, however within the clairvoyance there is the retrocognition that would be a sensitivity to capture events from the past. There is no fixed rule to know if your powers will increase over time or stop, although if you are young they will most likely increase to maturity.

If you are clairvoyant, you have the ability to perceive information that is scattered in the ether , you are sensitive to the capture of vibrations from this and other dimensions , and you are probably connected to the so-called Akashic record, which is called a supposed library of the universal knowledge located on a higher level of consciousness, where both the past, present, and future are archived and compiled into data, which you could access.

It is within the category of clairvoyance, but projecting those visions and feelings towards the future, it being usual for such premonitions to occur during nighttime dreams. Those who possess this faculty are in tune with planes of existence outside of space and time and are gifted to be prophets of the future. They are often marked by the sign of Aquarius, or else their ruler the planet Uranus was very prominent in the sky in the moment of their birth.

Many of the humans with the precognition category do not follow the linear reincarnation cycle.

The linear reincarnation cycle is one where a previous life goes from the past forward, but the precognition category indicates that your soul follows an inverse advance. It comes from the future to your previous life. It was perhaps 500 years in the future and went back in the course of time until this time to implant innovative ideas and advanced knowledge in society, to dynamite old damages and renew the current schemes.

Recommended: How to Start Developing Your Psychic Abilities.

It is one of the easiest faculties to identify in the field of study of psychic powers, it is the transmission of thought, but a set of images, sensations, and feelings intervene in that process.

If you are a telepath, we suggest you use the famous Zener cards, with which you can develop this capacity better and also discover if you enter the category of receiving telepath or transmitting telepath, since one of these two attributes is always stronger than the other.

If you are telepathic you are very influenced by the sign of Capricorn, or else its ruler Saturn has dominated your astral chart.

This is perhaps the most disconcerting of all psychic powers since it implies that you are able to receive messages at a visual or auditory level from other entities, be they disembodied humans or inter-dimensional beings.

If you are a medium, you must develop a strong personality so that you do not get fooled by dark entities that could manipulate or influence you to do things that would endanger your life or your mental health.

People identified with these psychic powers should know that within themselves they have left a door open to other planes, a door that they should learn to close from time to time, in order to choose who should or should not enter through it.

There are many types of mediums, there are those who only receive auditory messages, other visual messages, and the most common are those who practice automatic writing, take paper and pencil, relax their muscles, and their hands begin to write messages that do not belong to their mind or its subconscious, sometimes offering data that was not accessible by the person itself.

If you are a medium, you are greatly influenced by the sign of Pisces, or else Neptune has been very powerful in your astral chart.

The psychic powers and the whole world of parapsychology, arouse a strong interest in all human beings, especially in people who in some way or another feel fully identified with it, due to the way in which these powers affect them individually.

That is why, to inform ourselves and find the point where we identify ourselves is of vital importance, since this knowledge allows us to know each other much better, and in some cases control such skills for the benefit of us and our environment.

5 Things that Block Your Psychic Powers

Will Your New Year’s Wish Come True? Choose a Shooting Star and Get an Answer!