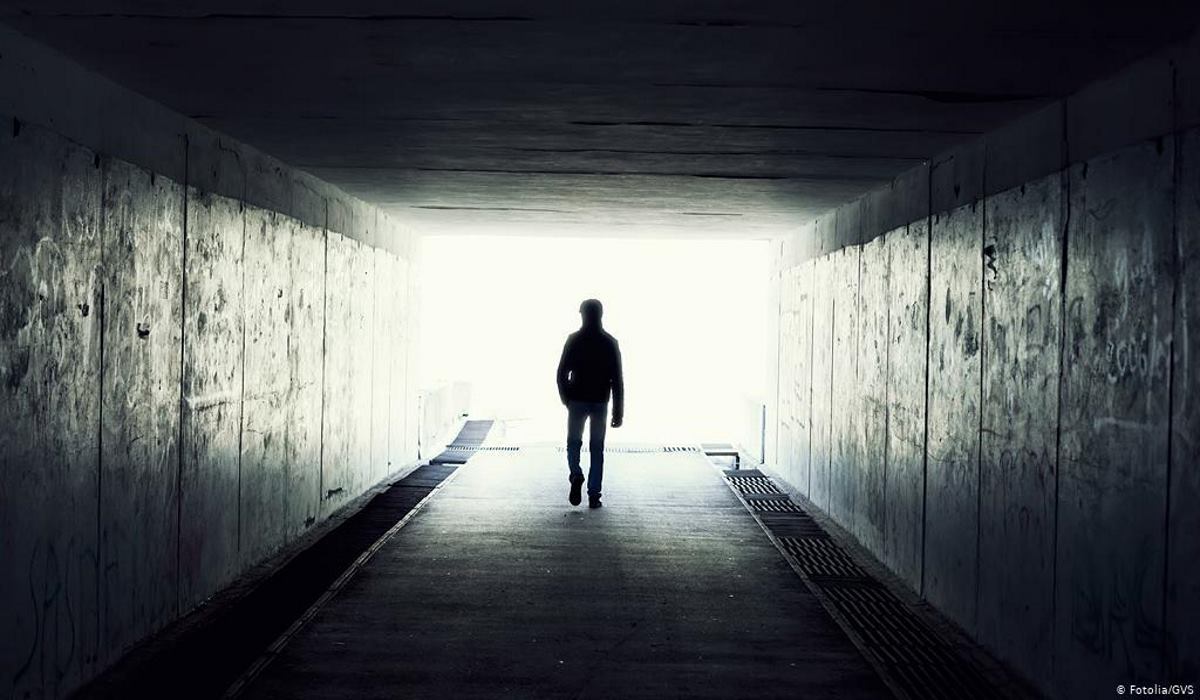 The great question of life, the one we have been trying to answer for years: What happens when we die?

Asking these questions is fundamental to understanding the true nature of our reality, and with quantum physics gaining more and more popularity, questions about consciousness and its relation to human physicality are becoming more and more relevant.

Max Planck, theoretical physicist credited with the original quantum theory (a feat that earned him the Nobel Prize in Physics in 1918) offers perhaps the best explanation of why the understanding of consciousness is so essential:

Eugene Wigner, also a theoretical physicist and mathematician, said that it is not possible to “formulate the laws of quantum mechanics in a fully coherent way without reference to consciousness”.

Does consciousness continue after death?

In 2010, one of the most respected scientists in the world, Robert Lanza, published a book called “Biocentrism: How Life and Consciousness Are the Keys to Understanding the True Nature of the Universe”.

Expert in Regenerative Medicine and Scientific Director of Advanced Cell Technology Company, Lanza is also very interested in quantum mechanics and astrophysics, an interest that led him to develop his theory of biocentrism: the theory that life and consciousness are fundamental to understanding the nature of our reality, and that consciousness came before the creation of the material universe.

His theory implies that our consciousness does not die with us, but that it moves, suggesting that consciousness is not a product of the brain. It’s quite another thing, and modern science is only beginning to understand what it could be.

This theory is best illustrated by the quantum experiment of double slits. This is an excellent example of how the factors associated with consciousness and our material world are related in a certain way; that the observer creates the reality.

Physicists are forced to admit that the Universe could be a mental construct, or at least that consciousness plays a fundamental role in the creation of matter.

RC Henry, professor of physics and astronomy at Johns Hopkins University wrote in a 2005 publication for the journal Nature:

According to Sir James Jeans (pioneering physicist): “The current of knowledge is moving towards a non-mechanical reality; the Universe begins to look more like a great thought than a big machine. The mind no longer seems to be an accidental intruder in the field of matter … we should rather salute him as creator and governor of the realm of matter. The Universe is immaterial, mental and spiritual.
~RC Henry (“The Mental Universe”, Nature 436: 29, 2005)

The experience of double slits has repeatedly shown that “Observations do not only disturb what must be measured, but they produce it. We force [the electron] to take a definite position. We produce the results of the measurement ourselves.”

The idea that we can live in a universe of a holographic type is not so far away, and if the observer is required for the physical matter to manifest itself, then the observer must exist before the physical body.

Below is a great quote to illustrate what “material” science means:

“The vision of the modern scientific world is based primarily on assumptions that are closely associated with classical physics. Materialism (the idea that matter is the only reality) is one of these hypotheses. A related hypothesis is reductionism, the notion that complex things can be understood by reducing them to the interactions of their parts, or to simpler or more basic things such as tiny particles of matter.
~Manifesto for a post-materialist science

Determining how consciousness makes matter materialize is our next step. One thing is certain, however, with all the information that postulates the existence of consciousness as independent of the brain, it is time to push the limits of our current framework of knowledge and the question of what we think we know.

The implications of this theory are immense. Imagine if life after death is confirmed by the dominant scientific community, what impact would it have not only on our understanding of science but also on philosophy, religion and many other areas of our lives?

Below is an excellent video of Dr. Gary Schwartz, a professor at the University of Arizona, who discusses whether consciousness is the product of the brain or a receptor of it. This is a small snapshot of a subject that is full of peer-reviewed scientific research that few people have time to look at. It would be almost impossible to go through all this.

Some scientists and philosophers with materialistic tendencies refuse to recognize these phenomena because they are not compatible with their exclusive conception of the world. The rejection of the post-materialistic inquiry into the nature or the refusal to publish strong scientific conclusions supporting a post-materialist framework opposes the true spirit of scientific inquiry, namely that empirical data must always be adequately treated. Data that does not fit with favored theories and beliefs can not be rejected a priori. This rejection is the domain of ideology, not of science.
~Dr. Gary Schwartz, Professor of Psychology, Medicine, Neurology, Psychiatry and Surgery at the University of Arizona ( 1 )

What about near-death experiences?

Below is a video of Dr. Bruce Greyson speaking at a conference organized by the United Nations. He is considered one of the fathers of studies of life after death and is a professor emeritus of psychiatry and behavioral neuroscience at the University of Virginia.

In the video, he describes documented cases of individuals who were clinically dead (showing no brain activity), but who observed everything that happened to them at the same time. He describes how there have been many instances where individuals have been able to describe things that should have been impossible to describe. Another important statement of Dr. Greyson is that this type of study has been discouraged because of our tendency to view science as totally materialistic. To see is to believe, so to speak, in the scientific community.

It is unfortunate that simply because we can not explain something in materialistic ways, it must be discredited instantly. The mere fact that “consciousness” itself is a non-physical “thing” is disturbing for some scientists to understand and, by being nonmaterial, they believe it can not be studied by science.

Our results show that medical factors can not explain the appearance of an NDE. All patients had cardiac arrest, and were clinically dead and unconscious, resulting in inadequate blood supply to the brain. In these circumstances, the EEG (a measure of brain electrical activity) becomes flat, and if CPR is not started within 5-10 minutes, irreparable damage is done to the brain and the patient dies.

The researchers followed a total of 344 patients, surprisingly, 18% of them had some sort of memory of when they were dead or unconscious (with no brain activity), and 12% (1 of 8) had a very strong and “deep” experience. Keep in mind that these experiments occurred when there was no electrical activity in the brain following cardiac arrest.

Another study from Southampton University, where scientists have found evidence that consciousness can continue for several minutes at least after death. In the scientific world, we thought it was impossible. This is the largest study of near-world death experiences ever published in the journal Resuscitation:

In 2008, a large-scale study involving 2060 patients from 15 hospitals in the United Kingdom, the United States and Austria was launched. The AWARE study (AWAreness during Resuscitation), sponsored by the University of Southampton in the United Kingdom , examined the wide range of mental experiences related to death. The researchers also tested the validity of conscious experiments using objective markers for the first time in a large-scale study to determine whether claims of consciousness consistent with out-of-body experiences correspond with real or hallucinatory events.

Nikola Tesla had made it clear: “The day science begins to study nonphysical phenomena, it will make more progress in a decade than in any previous century of its existence.”

There is a reason why every year, internationally recognized scientists continue to push this commonly overlooked topic into the mainstream scientific community. The fact is that matter (protons, electrons, photons, everything that has a mass) is not the only reality. If we want to understand the nature of our reality, we can not continue to examine the physical reality while ignoring the fact that “the invisible” makes up most of it.

Perhaps the most imperative question is, what is the role of the non-physical system, such as consciousness, in relation to physical systems (matter)?

“Despite the incomparable empirical success of quantum theory, the very suggestion that it can literally be true as a description of nature is always greeted with cynicism, misunderstanding, and even anger.
~T. Folger, “Quantum Shmantum”, Discover 22: 37-43, 2001

This is called post-materialist science, and in my opinion, it is clearly the next field of study to better understand the nature of our Universe. And the study of “consciousness” is right at the heart.

I will leave you one last discussion between Dr. Greyson (mentioned earlier in the article) and the Chief Scientist at the Institute for Noetic Science, Dr. Dean Radin.

7 Realities that Everyone Must Face in Their Spiritual Journey