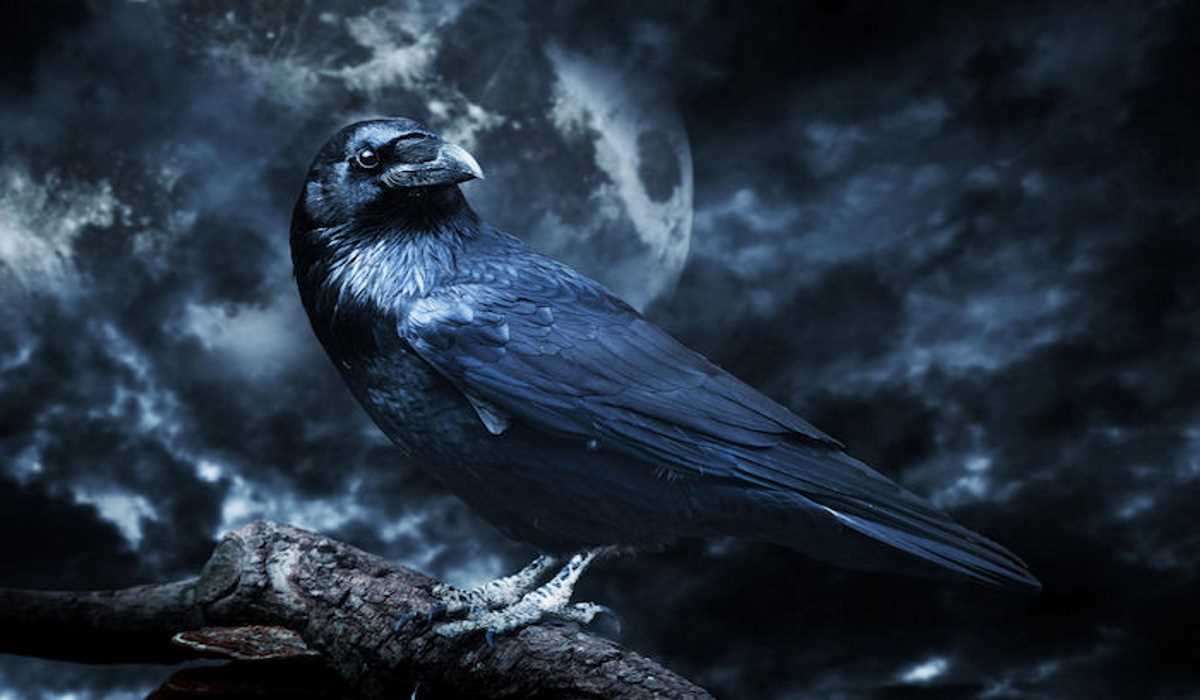 Crows are mystical symbols known throughout the world to represent death, magic, and intrigue. They have taken their place in science fiction as essentially negative elements, but traditionally they have a more dynamic and varied presence.

Crows can travel through different dimensions such as the dream realm, the land of the dead, the house of the gods, and the underworld, with great ease. They often carry messages and take many turns. They are very intelligent, actually as intelligent as most primates.

They are highly developed living creatures, with complex methods to converse with each other. With an excellent memory, their behavior is unlike any other bird.

Do you see crows everywhere? Here’s what it means:

Crows are often associated with magic and invisible powers. Spirits who are familiar to be magical companions of witches often take the form of crows. When crows appear in dreams, it means that there are essential elements of the truth in the dream.

It can also mean that a higher power or a spirit is trying to talk to you. Consider the message because crows appear only when urgently needed. Crows have the ability to see beyond our physical bodies, seeing even through our souls. Therefore, if a crow is interacting with you, analyze the implications, since they interact only very rarely.

Recommended: Have You Seen Any of These 14 Animals? They may Have an Important Message for You!

In all cultures, crows represent big changes. They represent one of the most complex and powerful elements of nature. They are present wherever there is life and death.

They are born omnivorous survivors, some of whom have even been documented to use tools. If they choose to go somewhere, it’s because they want it, not because their survival depends on it. Which can make an important difference all the more special.

The best-known example correlates with crows. Many cultures consider that the crow plays a role in the orientation of souls or that it represents the recent departure of a being. All over the world, crows roam the cemeteries and are still seen near battlefields.

They may appear after someone’s death to deliver a message from the deceased. The appearance of a crow does not always indicate an omen over someone’s future or recent death. Its appearance can also mean that death is prowling and considering taking someone, but it is just passing.

Recommended: What Does It Mean To See One Of These Winged Messengers?

You see, what is strange is that we see very few crows dead or crushed on the roads, we rarely find feathers of crows. In this, he is a mysterious bird. For this reason, it is part of the great mystery (like all totemic animals).

In different cultures, the crow is honored or feared. In the Bible, crows sometimes play a beneficial role. In India, it is the messenger, the messenger of death. This animal is connected to Saturn, the planet of death and serious accidents.

According to the legend of the founding of the city of Lyon, when the two princes had finished tracing the enclosure of their future city, a swarm of crows came to rest inside the circle thus giving the blessing of the god Lug to this city which was called, in homage to the crows, Lugdunum , that is to say the “Hill with crows”.

It feeds on putrefying flesh, garbage and rot; it is a processing animal. It transforms, so it is an alchemical animal. For much of the Native American culture, the crow is considered a sacred animal. It is said to have created light, fire, and water. Very intelligent, he lives in an organized community.

Another remarkable element: the crow can recognize itself in a mirror. Now this test of the mirror, that any child knows at the age of 18 to 24 months, is reserved for a few animals only.

The crow as a totem

This animal is directly connected to magic. Like the owl, we will say that he is the guide who brings us into the hereafter. It also helps us overcome our deep fears. If we choose this animal as a totemic emblem, it will help us to perceive the world of spirits.

Every totemic animal is there to open the doors to another reality. It’s up to us to communicate with them. Any animal that often crosses your path it is not necessarily a totem animal; it has something to give you, to show you, to teach you. Your favorite animal may also be a totem animal. We can have three, one in the air, another on the ground and one in the water! They are like angels and protect you.

7 Signs that Your Shamanic Power Is Awakening

5 Things that only Old Souls will Understand