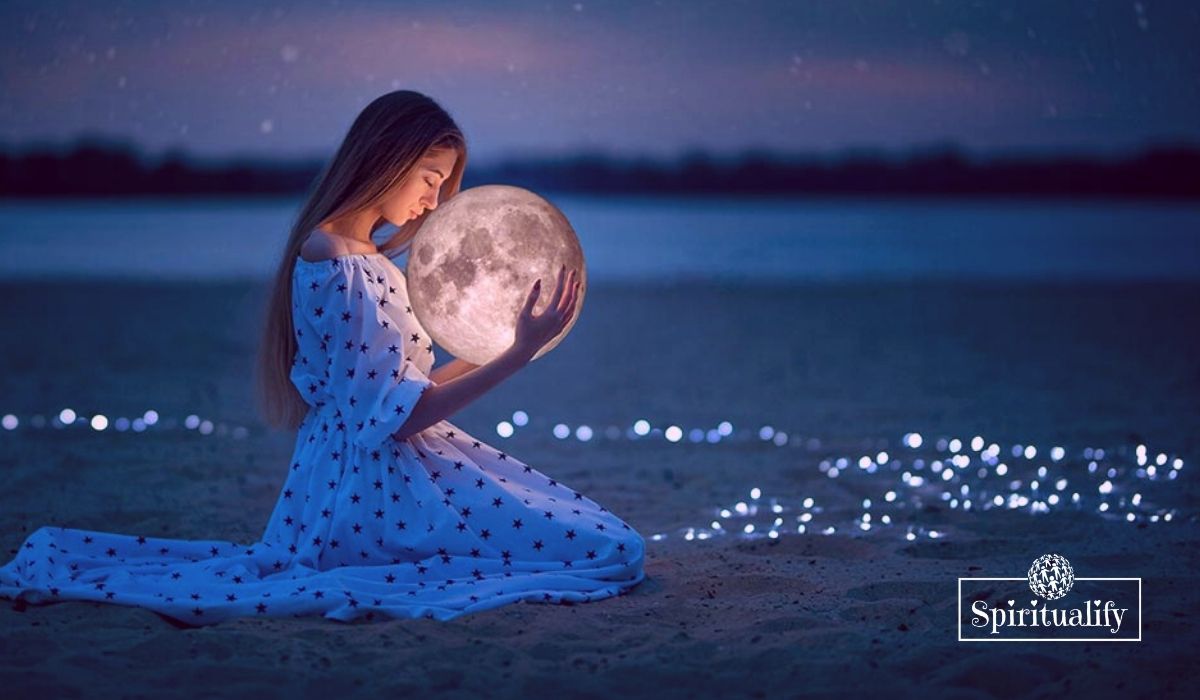 Have you ever felt like you had a heightened sense of understanding and emotion for the feelings of others? Maybe you are really good at reading people, or you just are empathetic. If so, you could be an intuitive empath.

Being an intuitive empath means that you have high sensory perception and can actually be impacted by the energies of others. You have an innate ability to perceive those around you. But being an empath is more than being a particularly sensitive person, and it’s not just about feeling and expressing emotions.

It is often said that empaths are naturally intuitive, and while this is true for some empaths, it is not true for all. But if someone is intuitive, that doesn’t necessarily mean they have a lot of empathy. Some think the words are interchangeable, but the two abilities are actually quite different.

Empathy is a concern for things other than yourself, the outside world. It is the ability to sense the feelings and energy of others and their surroundings. However, intuition is the internal feeling one has to evaluate and understand a situation.

While it still involves absorbing the outside world, the final component is very internal. When empathy and intuition come together, a very unique ability is born, and those who hold this trait have a special gift.

A true empath is one who can feel the pain of others as his own. They can also feel the joy that other people feel. For this reason, a true empath often enjoys helping people in order to make those around them happy and therefore be able to feel that happiness themselves.

Empaths are great listeners who never ignore people and refuse to be fake or put on a facade. These traits probably seem to apply to a lot of good people, but a true empath helps others to the point of exhaustion and is very sensitive, not only to people’s emotions but also to external factors in the environment, such as light, noise, and movement.

Characteristics of an intuitive empath:

Intuitive empaths share many traits. For example, they do not like to see other people in pain at all and often avoid watching the news or even sad movies because of it.

After experiencing strong negative emotions, intuitive empaths are then likely to experience physical symptoms in addition to their emotional hopelessness, such as headaches and fatigue. Intuitive empaths tend to stay attached to people who need them, even if it’s not in their own best interests.

1. They surround themselves with positive things:

When an empath sees something bad, they instinctively turn away so as not to feel the negativity. For this reason, they try to surround themselves with only positive things.

This leads empaths to have positive friends who aim to live happy and fulfilling lives. Happiness is contagious, so one of the most effective ways to find happiness is to surround yourself with those who can create their own happiness and share it with others.

Empathetic people often work as mentors, life coaches, and teachers. Because of their compassion for nature, they often volunteer for the environment or pursue careers in environmental activism.

Because of their acute senses, empaths enjoy spending countless hours walking through nature and enjoying the songs of birds, the sounds of the ocean, and the scent of flowers. Having a meaningful career or giving back to the community is a fulfilling way to lead a happy life.

3. They bring people together:

Empathetic people find it deeply uncomfortable to see others being mean or hostile to one another. Due to their peaceful and easy-going nature, empaths often act as intermediaries to bring harmony between those who disagree.

They have the gift of being peacemakers and reducing the stress of others by reducing any resentment that exists.

They seek a deep authenticity before making decisions. Empaths find it bothersome to settle for a solution if they feel that it could have been influenced in any way.

Because they like to stay true to themselves, they will take the time necessary to make informed decisions. It’s a gift because having the ability to resist last-minute decision-making helps people avoid long-term regrets.

5. They can experience the emotions of their loved ones, even when not with them:

It’s common when an empath is in a strong relationship with someone to experience sudden surges of emotion or pain only to later learn that their loved one was feeling the same emotions or pain at the same time.

Often times, empaths describe this feeling as being “blindsided” by emotions when they are not expecting them.

Recommended: Empaths Make the World a Better Place by Doing These 7 Things

While many people may believe that the ability to multitask is a strength in life, this is generally not true as none of the tasks are performed at a high-quality level. In fact, multitasking splits attention into several things at once, which leads to confusion and a feeling of being dispersed.

Intuitive empaths feel more comfortable and do a more efficient job when they complete their tasks one at a time and in a certain order. Focusing on one thing at a time and doing it to the best of your ability can be a source of personal energy for an empath that can lead to great success.

A distinctive feature of these people is that they provide a sense of trustworthiness and valuable companionship to others. Other people revolve around them and feel comfortable confiding in empaths about their own personal struggles. Even strangers can approach an empath and open up to them about their issues.

This is good because empaths know that other people feel relieved when they are done talking about their feelings. Empaths can then feel that sense of relief themselves because they have helped someone who is going through a difficult time.

Empathetic people can easily spot a lie. They even perceive subtle hints of deception, which allows them to be very confident in those they choose to be close to because they know the people around them are not deceitful people.

However, it also means that empaths know when someone is hiding something when they say they’re ‘fine’. Empaths know when these people are actually crying inside and putting on a false facade.

9. They can pick up non-verbal cues:

One of the greatest gifts of an empath is the ability to read others. This allows them to quickly decide whether someone they meet will end up being a part of their long term life or not.

In addition to non-verbal cues, empaths can pick up even slight indications about the physical needs and emotions of others. This gives them a specific talent for being able to meet the needs of those who cannot speak, such as animals, babies, and the human body.

Having a sense of synchronicity allows empathetic people to grasp the grand scheme of things because they can recognize the interdependence of each individual organism in the world.

Being able to see the big picture allows people to feel meaning in what they are doing and work towards an end goal, which ends up being more fulfilling.

11. They have great imagination:

When an empath gets stuck in a mundane daily routine, they tend to drift off using their big imagination.

If their environment does not provide any emotional stimulus, empaths can easily lose interest in what is happening around them and step into their own world of imagination and creativity.

Recommended: 10 Ways Empaths and Intuitives Can Use Their Powers On Their Everyday Lives

12. Intuitive empaths are creative and artistic:

Empaths can convey a message in ways that others cannot. They are able to use their feelings to project their artistic and creative talents. It can take many forms, such as dancing, painting, writing poetry, or playing music. Empaths have a special talent for creativity in life with not only art but also their experiences, situations, and various conditions that arise.

Because empaths think in a unique way, they are able to see certain things that other people cannot conceptualize as easily. This thoughtful creativity and ability to process information in distinct ways is a notable ability.

13. They see everybody’s point of view:

One of the reasons empaths are such great friends to others is that they are willing to listen and understand others’ point of view.

It also allows them to be lifelong learners as they intersect with many different types of people.

Empaths are natural healers and can actually impart their healing energy to other people through their senses. They possess healing energy that can help those around them and help themselves.

15. They have a huge enthusiasm for life:

Because empaths feel everything with such force, they tend to feel higher effects than others. Therefore, most empaths are very enthusiastic about life and can experience joy with greater intensity, which leads them to be more kind, caring, and compassionate to others.

16. Intuitive empaths are comfortable even being alone:

Many people who are not empathetic feel uncomfortable being alone, but empaths crave time alone and genuinely need it to balance and de-stress. They appreciate this time having a chance to recover and are able to increase their self-awareness through it.

17. They contribute to your life like nobody else can:

Because empaths genuinely care about others, they are able to touch the lives of those who feel like they have no one to turn to. This means they can make a huge difference in people’s lives and have a positive impact on those who may be in pain.

Recommended: The 10 Levels of Empath Evolution

While being intuitively empathetic may seem overwhelming because you take responsibility for other people’s feelings, burdens, and emotions, it’s actually a great gift to have. It is important to learn to protect yourself from negative energies and to find a way to practice self-care to release negativity.

Empaths understand very clearly that the problems in the world will not be solved by hate, but must be treated with love and understanding.

It is important for empathetic people to use their energy in a positive way for the world, even if it is through small actions like donating to a food bank or volunteering their time. Being able to have a positive impact on the world can help anyone feel positive about their empathetic and intuitive feelings.

7 Steps to Creating and Maintaining Spiritual Connections From a Distance

7 Things Every Spiritual Person Must Do to Reach Their Goal

Follow This Simple 6-Step Ritual to Recharge Your Spiritual Energy

Humanity Is Going Through a Critical Period in Its History! Will You Choose Light or Fear?