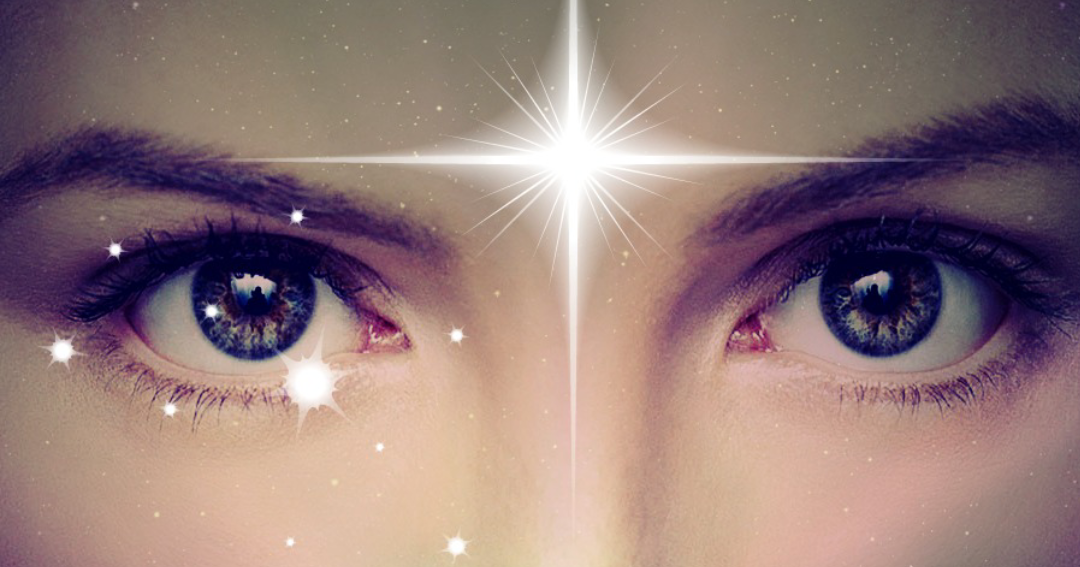 Also called the “third eye”, the pineal gland (or epiphysis) is an endocrine gland located at the center of the brain, is considered the seat of the Spirit and produces a particular molecule called DMT.

In this article, we try to understand what the pineal gland is and why its function is so important, both from a biological and a spiritual point of view.

What is the pineal gland

The knowledge of the pineal gland and the association with the so-called “third eye” (the all-seeing eye) dates back to very ancient times and we can find representation in various cultures throughout human history.

It will have happened – for example – to observe it in some images, such as the eye of Rha of the ancient Egyptians (which represents the epiphysis in the brain section), or see it represented in spiritual architectural works (such as the Vatican “Pigna” ), in ancient artifacts such as those of the Anunnaki or in the representations of the Buddha.

There are so many representations of the “third eye” in all spiritual and esoteric traditions, and so many attempts to hide their knowledge for (obvious) purposes of manipulation and control of the masses.

A question arises spontaneously: why is the pineal gland represented so clearly in so many cultures in the history of the times? Perhaps it is important information to pass on? Does it really represent the connection between the visible and the invisible world?

The function of the pineal gland

From the biological point of view, the pineal gland produces melatonin, a neurotransmitter hormone that has the main purpose of regulating the circadian rhythm, or the phases of sleep and waking.

Melatonin is synthesized by two substances: tryptophan and serotonin. The latter is a neurotransmitter used in the regulation of body temperature, sense of hunger/satiety and mood, in fact, it is also nicknamed “the hormone of happiness”.

The most interesting aspect of the pineal gland, however, is the production of another molecule: DMT ( Dimethyltryptamine ), a neurotransmitter also called ” the molecule of God ” that has particular functions mainly linked to the “connection” between the body and the spirit.

Scientific studies have shown how the epiphysis spontaneously secretes large quantities of DMT into two particular moments in life: birth and death (or even during premortal experiences).
This demonstrates the fact that DMT acts as a “bridge” between the physical body and the spiritual world.

In some people, even during sleep, the pineal gland secretes a sufficient amount of DMT, such as to make possible special experiences such as lucid dreams or astral travels.

In short, the pineal gland is the connection to the invisible world or the world of the Spirits. An argument that the shamans, for example, know very well. You may have heard of Ayahuasca, a plant-based infusion used as a hallucinogen in shamanic ceremonies to induce altered states of consciousness for therapeutic purposes, the principle of which is DMT.

The “third eye” (or sixth chakra) 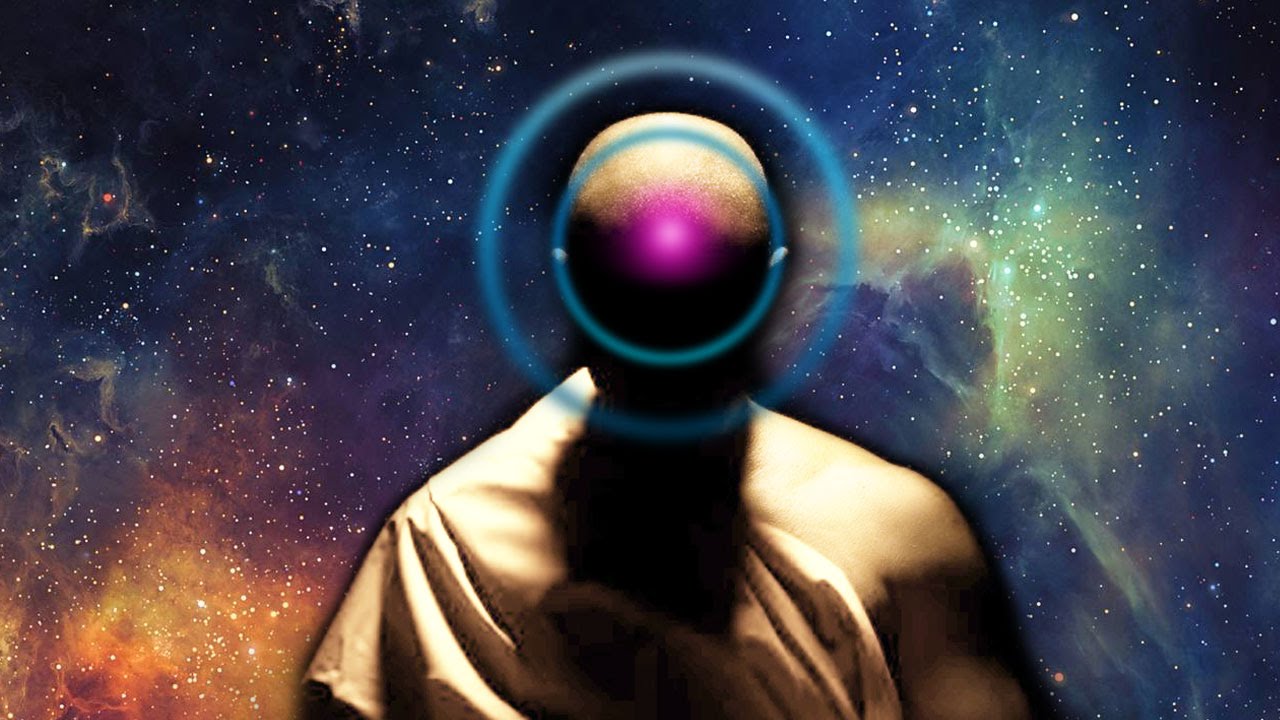 From an esoteric/spiritual point of view, the pineal gland represents the famous “third eye”, or the eye of the Soul. The eye that is able to see reality, which is not what appears to our physical eyes but the more “subtle” one, hidden by the ” veil of maya”.

The third eye is able to “see” the invisible, to see beyond ordinary vision, to perceive that 95% of reality that human eyes do not perceive (it seems that the perception of ordinary senses is limited to only 5% of what exists).

The third eye, in the ancient Hindu and Buddhist tradition, corresponds with the sixth chakra (Ajna) located at the center of the forehead between the eyebrows. This center represents the inner eye, able to perceive reality beyond the ordinary vision, it is the door of clairvoyance and of the superior vision. The third eye is the connection with one’s intuitive mind, with the Higher Self, let us also say with one’s Soul.

However, in all spiritual traditions, the “vision” of the third eye plays a fundamental role in the connection of the Spirit with man. In fact, it allows us to enter the “non-material” world, of the apparently invisible through extra-sensorial perception, to bring us knowledge, deep awareness and “guide” our existence.
This is why it is important to keep it active and in a functional state.

The main problem concerning the pineal gland is represented by its calcification in adulthood. In fact, with the passage of time, this tends to atrophy, thus losing its functionality.

What can we do to counter this process and keep the pineal gland functioning?
First of all, we can eliminate substances that tend to increase this process and secondly use others that instead favor decalcification.

First of all, it is necessary to eliminate the fluorine which is one of the elements that tends to speed up this process: therefore it is necessary to eliminate foods and products such as toothpastes and mouthwashes, chewingum, fizzy drinks and in general all products containing fluoride (including many types of water) because fluoride is a neurotoxin .

At the same time, we can detoxify our body and take substances that promote the decalcification of the pineal gland.
We can use, for example, spirulina and zeolite to drain the body from heavy metals and take herbal products or tryptophan preparations based on tryptophan to stimulate the function of the epiphysis.

I want to premise that “activating” or stimulating the third eye is a practice that everyone can do, it is not dangerous but it is good not to force the path of one’s soul, so I always suggest to follow one’s “feeling”, trying to listen deeply, doing this activity with awareness.

Even if “what happens is always perfect “, it is good to do these practices when you feel ready and aware of what you are doing. Personally I let life lead me, I have entrusted myself – if I want to say so – and I have never tried to “burn the stages” of my evolutionary path, nor to want to develop “supernatural” faculties.

Know that the opening of the third eye will not change your life and will not have the surprising effects that you expect, moreover it is not correct to speak of “openness” as (like all the chakras ) is already active, so we can only stimulate the functionality and provide more energy.

Here we do not want to recommend “new age” practices for their own sake but eventually leave the advice to the souls on their way in their own inner search. So, if your intent is to develop “higher” faculties dictated by egoic purposes, perhaps you will be disappointed. If instead, your intent is to deepen a “superior” view that can allow you to look deeper, then it may be useful to know some simple practices to stimulate the functionality of the pineal gland.

Once we have followed the suggested measures for the decalcification of the pineal gland, we can practice some of these activities to favor the opening of the third eye:

Recommended: This 8 Step Meditation can Help you Open your Third Eye.

Recommended: How to Do Candle Meditation to Enhance the Power of the Third Eye.

Invite Spirituality in Your Life Using These 7 Wonderful Methods

8 Characteristics that Only True Spiritual Masters Have

9 Signs You are More Awake than You Think

What Is Your Strongest Spiritual Gift?