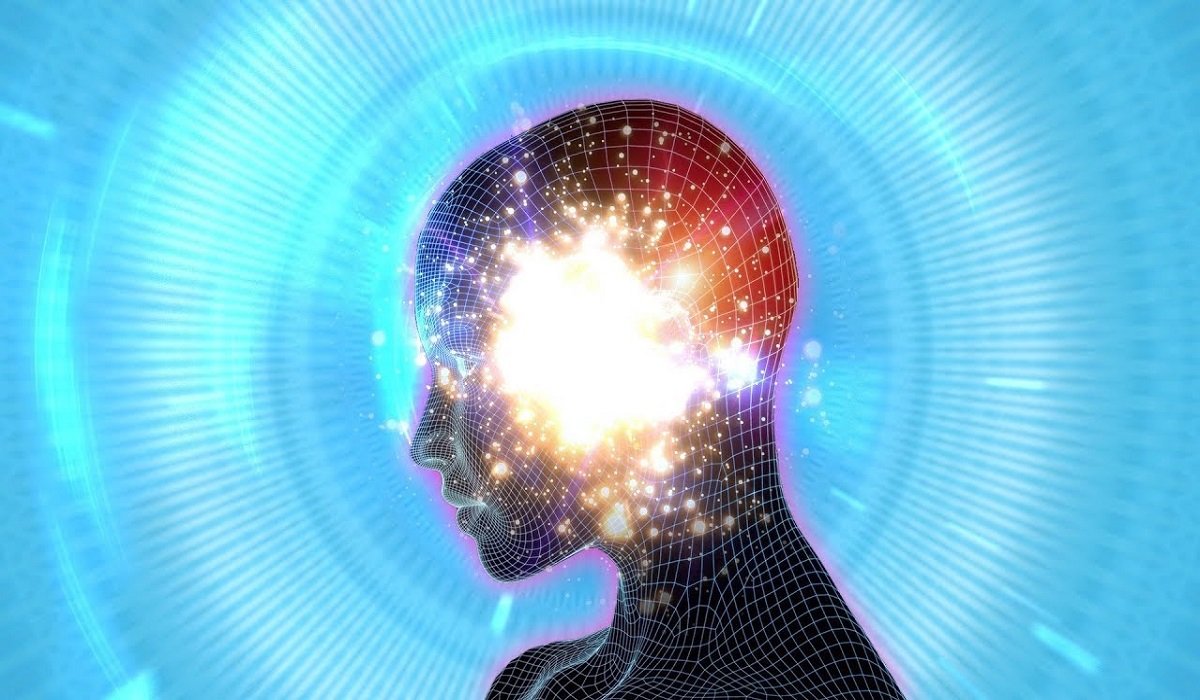 I’m going to tell you some true stories that will show you how much the mind affects your physiology.

As reported by Bruno Klopfer in the Journal of Projective Techniques in 1957, Dr. West was treating Mr. Wright, who had advanced cancer called lymphosarcoma.

All treatments have failed and time is running out. Mr. Wright’s neck, chest, abdomen, armpits, and groin were filled with orange-sized tumors, his spleen and liver were enlarged, and his cancer caused his chest to fill two liters of milky liquid every day, which had to be drained so he could breathe. Dr. West did not expect him to last a week.

But Mr. Wright desperately wanted to live, and he gave hope for a promising new drug called Krebiozen. He begged his doctor to treat him with the new drug, but the drug was only offered in clinical trials to people who would still have at least three months to live. Mr. Wright was too ill to be eligible.

But Mr. Wright did not give up. Knowing that the drug existed and believing that the drug would be his miracle cure, he harassed his doctor until Dr. West reluctantly gave in and injected him with Krebiozen on a Friday.

To his shock, the following Monday, Dr. West found his patient wandering out of bed. “Mr. Wright’s tumor masses had melted like snowballs on a hot stove” and were half their original size. Ten days after the first dose of Krebiozen, Mr. Wright left the hospital, apparently free of cancer.

Mr. Wright rockin’ and rollin’, praising Krebiozen as a wonder drug for two months until scientific literature began to report that Krebiozen did not seem to be working. Wright, who had confidence in what he read in the literature, fell into a deep depression and his cancer returned.

This time, Dr. West, who really wanted to help save his patient, decided to sneak in. He told Mr. Wright that some of the original drug supplies had deteriorated during transport, making them less effective, but that he had marked a new batch of highly concentrated and ultra-pure Krebiozen, which he could give him. (Of course, it was a bald lie.)

Dr. West then injected Mr. Wright with only distilled water. And a seemingly miraculous thing happened again. The tumors melted, the fluid in his chest disappeared, and Mr. Wright felt fine again for another two months.

Then the American Medical Association blew it up by announcing that a national study on Krebiozen proved that the drug was completely worthless. This time, Mr. Wright lost confidence in his treatment. His cancer returned immediately and he died two days later.

As described by George Engel in the Annals of Internal Medicine, Baltimore case study number 469861 was an African-American woman born 22 years earlier Friday the 13th in the Okefenokee Marsh, near the Georgia-Florida border.

The first two daughters died on the day of their 16th and 21st birthday, respectively. The third woman, terrified of dying on her 23rd birthday, went to the hospital on the eve of her birthday, hyperventilating. Shortly after, before her 23 years old, she died, proving that the midwife’s predictions were correct.

3. The blind women of Khmer Rouge:

As described in Anne C Harrington’s The Cure Within, 200 cases of blindness were reported in a group of Cambodian women who were forced by the Khmer Rouge to witness the torture and massacre of their loved ones, particularly the men of their lives.

The examination of these women revealed no physical problems with their eyes. The conclusion that those who tried to help them came to is that by being forced to see the unbearable, “they all cried until they could not see”.

Recommended: 7 Fast but Powerful Self-Healing Techniques Everyone Can Use 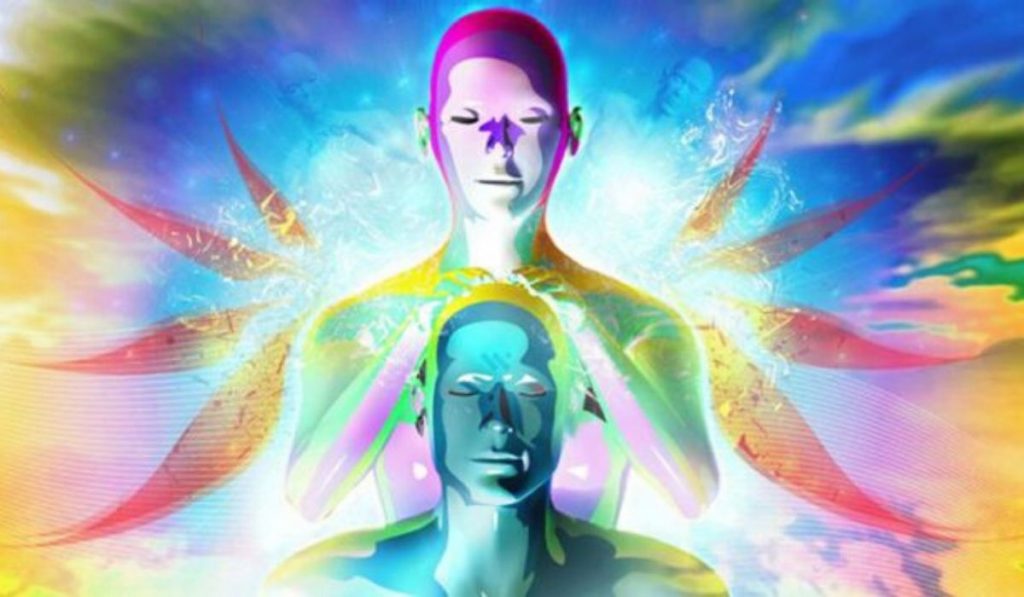 Anthony Robbin’s Unlimited Power: The New Science of Personal Achievement describes the case of a psychiatric patient with a split personality. One of her personalities was diabetic, while another was not.

Psychiatrist Bennett Braun, the author of The Treatment of Multiple Personality Disorder, describes the case of Timmy, who also had several personalities. A personality was allergic to orange juice, and when that personality drank orange juice, Timmy broke into blistering hives.

Stamatis Moraitis was a Greek war veteran who lived in the United States when he was diagnosed with terminal lung cancer and said he had only 9 months to live.

He was offered aggressive treatment, but after 9 doctors apparently assured him that it would not save his life, he decided to save his money, refuse treatment and return with his wife to his native Ikaria, a Greek island where he could be buried with his ancestors in a cemetery overlooking the Aegean Sea.

He and his wife moved into a small house in a vineyard with his elderly parents, where he reconnected with his faith and started going to his old church.

When his friends learned that Stamatis had returned home, they showed up with bottles of wine, books, and board games to entertain him and keep him company. He planted vegetables in a garden, heated himself in the sun, savored the salty air, and savored his love for his wife.

Six months have passed and not only did he not die, but he also felt better than ever. He started working in the unmaintained vineyard during the day, making himself useful, and in the evening he played dominoes with friends.

He took a lot of naps, rarely looked at a watch, and spent a lot of time outside. At one point, 25 years after his diagnosis, Stamatis returned to the United States to ask his doctors what had happened. Apparently, the doctors were all dead. Stamatis finally died that year in Ikaria. He was 102 years old.

In her book, Dying To Be Me: My Journey from Cancer to Near Death, to True Healing, Anita Moorjani tells how she was dying from terminal stage 4 lymphoma when she almost experienced classic dying “white light”, the experience that many have described.

While traveling on the other side, she was able to watch her loved ones, even if some were not in the same room with her. Her heart was filled with a feeling of deep unconditional love, and she was happy to be released from her dying body riddled with tumors. Then she was told she had a choice. She could stay in the white light and die, or she could go back and share her story with others.

She didn’t want to come back. Her body had suffered so much and her soul was suffering. But she was told that if she came back, her cancer would be cured. She believed what she had been told and felt called to come back to share her experience.

Anita’s cancer disappeared within a few weeks. All of this happened under the care of his perplexed doctors, who documented her spontaneous remission.

Recommended: This Is How to Send Distant Healing Energy to Anybody

As described by Dr. Bernie Siegel in Love, Medicine, and Miracles, a chemotherapy regimen called “EPOCH” was being studied in a research protocol for its effectiveness.

Most study centers reported consistent results, some benefited from chemotherapy, but nothing overwhelming. But one study center had considerably better results, so the research team investigated. What were they doing differently?

It turns out that the center doctor with better results had renamed the chemotherapy regimen. Instead of telling his patients that they were receiving EPOCH, he reorganized the letters and dosed them with HOPE. 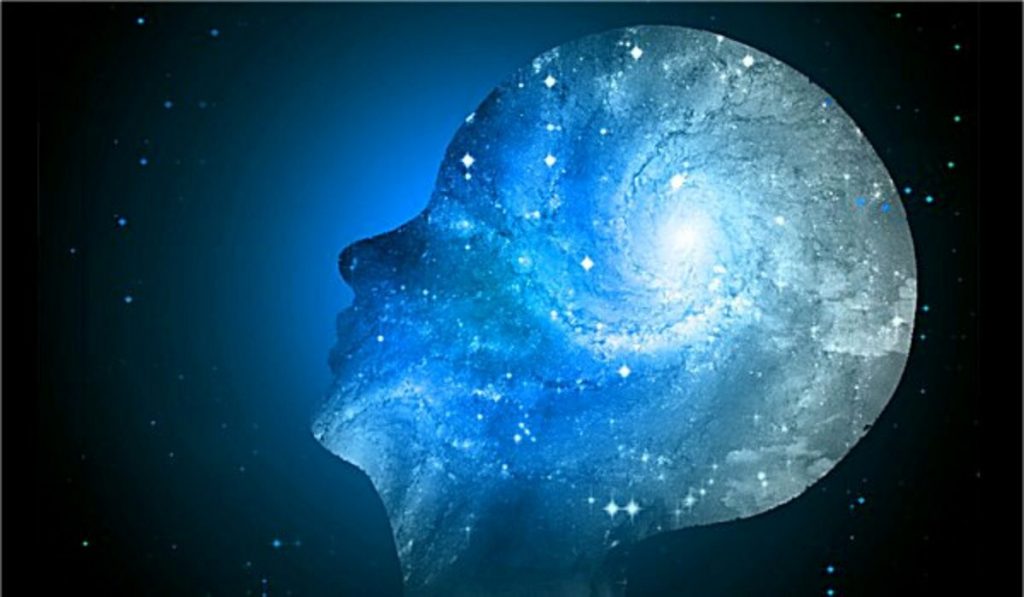 In an article in the New England Journal of Medicine, Dr. Bruce Moseley, a renowned orthopedic surgeon for knee surgeries he performed on people with debilitating knee pain, reported on a brilliant study he had designed to prove that his knee surgery was more effective than others.

Patients in a study group underwent the famous surgery of Dr. Moseley. The other group of patients underwent a carefully designed dummy operation, in which the patient was sedated, three incisions were made in the same location as those who underwent the actual surgery, and the patient was shown a prerecorded tape of someone else’s pre-recorded surgery on the video monitor.

Dr. Moseley even splashed water to mimic the sound of the washing procedure. Then he sewed the knee without doing anything. As expected, a third of the patients undergoing the actual surgery resolved their knee pain. But what really shocked the researchers is that those who had surgery had the same result!

In fact, at one point in the study, those undergoing dummy surgery actually had less knee pain than those undergoing real surgery, possibly because they had not experienced the trauma of the surgery.

What do Dr. Moseley’s patients think about the study results? As a World War II veteran who received placebo knee surgery from Dr. Moseley said:

“The surgery took place two years ago and the knee has never bothered me since. It’s like my other knee now. “

In the past, ligation of the internal mammary artery in the chest was considered standard treatment for angina pectoris.

The idea was that if you blocked blood flow through the internal mammary artery in the chest, you would shunt more blood to the heart and relieve the symptoms people experience when they don’t get enough blood flow coronary.

Surgeons have performed this procedure for decades, and almost all patients have experienced an improvement in their symptoms. But did they really respond to the ligation of the internal mammary artery? Or did their bodies respond to the belief that surgery would be helpful?

In a quest to find the answer, a study compared patients with ligated angina pectoris to patients who underwent surgery in which an incision was made in the chest wall, but the artery itself was not tied.

10. What you believe affects your life expectancy:

San Diego researchers examined the deaths of nearly 30,000 Chinese-Americans and compared them to more than 400,000 randomly selected whites.

What they discovered is that Chinese Americans, but not white people, die much earlier than normal (up to 5 years) if they have a combination of illness and year of birth that astrology and Chinese medicine consider ill-fated.

Researchers have discovered that the more Chinese-Americans are attached to Chinese traditions, the sooner they die. By examining the data, they concluded that the reduction in life expectancy could not be explained by genetic factors, life choices or patient behavior, physician skills, or any other variable.

Recommended: Which Type of Energy Healing Is Best for You

After 9 heart surgeries, Andy Mackie’s doctors put him on 15 drugs, but the side effects made him miserable. So he decided to stop all of his medication and spend the rest of his days feeling as good as he could.

His doctors said he would die in a year, so Andy decided to do something he always wanted to do. He decided to use the money he would have spent on his heart medicine to buy 300 harmonicas for children, with lessons.

And when he didn’t die the following month, he bought a few hundred more. Thirteen years and 20,000 harmonicas later, Andy Mackie finally died.

Thirty percent of patients who thought they were receiving chemotherapy but who received nothing but saline lost their hair. And bald men in Rogaine’s trials who only received sugar pills grew hair. Go figure.

Still not convinced? I have no attachment to convert skeptics of mind-body medicine into believers. I’m just a curious scientist who can’t ignore the evidence that the mind is more powerful than we think it is. 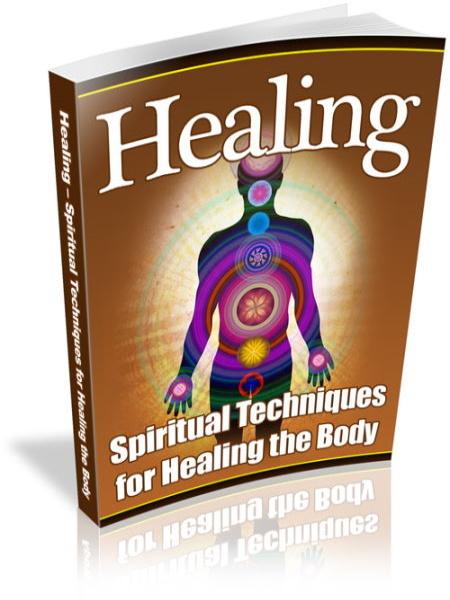 Spiritual Techniques For Healing The Body

How to Clean Your Aura in 8 Effective Ways

4 Ways in Which Energy Vampires Drain Your Vital Energy

How to Improve Your Well-Being through Spirituality